US trip testing on several levels

By Riley Kennedy
0 Comments
Sir Ian Taylor is off to set an example.

Yesterday, the Dunedin businessman left New Zealand for a week of meetings in the United States, after which he will be part of the Government’s home isolation trial.

The owner of Animation Research has written multiple open letters to Prime Minister Jacinda Ardern asking the Government to work with business to find alternatives to the present managed isolation and quarantine (MIQ) system.

Last month, Sir Ian received approval from the Ministry of Business, Innovation and Employment to run a privately funded trial, alongside the Government’s own, which he was calling #151 Off The Bench.

The aim was to prove that he could get to the United States and back safely using the latest technologies available and not take up space on the already stretched MIQ system. 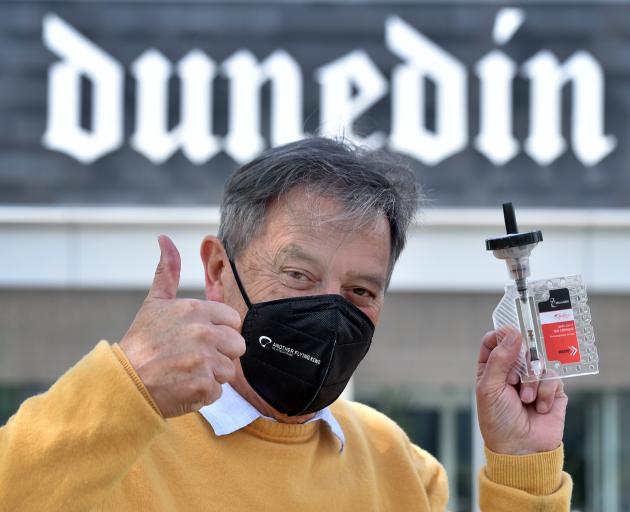 At Dunedin Airport, Sir Ian took a MicroGEM Spitfire saliva Covid-19 test, and a negative result was returned within 30 minutes.

He also took a PCR test on Friday but as of yesterday he had not had the result back.

During his stopover in Auckland yesterday evening he was taken to Orbis, a diagnostic company, where his immunity for Covid-19 was tested.

Sir Ian would be spending tomorrow in Los Angeles before flying to San Francisco for a meeting with the Major League Baseball organisation.

On Monday next week, he would return to Auckland and begin his 10 days of self-isolation.

The Auckland home being used for the trial would be equipped with technology, such as a geo-fence, health management tools and a strict testing regime with one of MicroGEM’s testing tools installed in the house.

Sir Ian was planning to test every day while in isolation.

Speaking to the Otago Daily Times at Dunedin Airport before his flight to Christchurch, he said the trip was not just about his businesses, it was about setting an example to the Government that businesses could offer alternative solutions.

"The economic energy that pays for the nurses, doctors and even politicians needs to keep running and it can’t run efficiently if people who need to go overseas can’t get over there and can’t get back,’’ Sir Ian said.

He knew of a business that had 20 staff overseas without a way back into the country and Animation Research had 13 staff heading to Australia soon for the Ashes cricket series.

They were in an MIQ lottery with 3000 other people.

Sir Ian said he started writing to the Prime Minister and planning his trip to show the Government that businesses could come up with a better solution.

The amount of New Zealand-designed technology that could help in the post-Covid future was ‘‘staggering’’. A temporary studio had been set up in his self-isolation house for Sir Ian to continue to work and write about his trip.