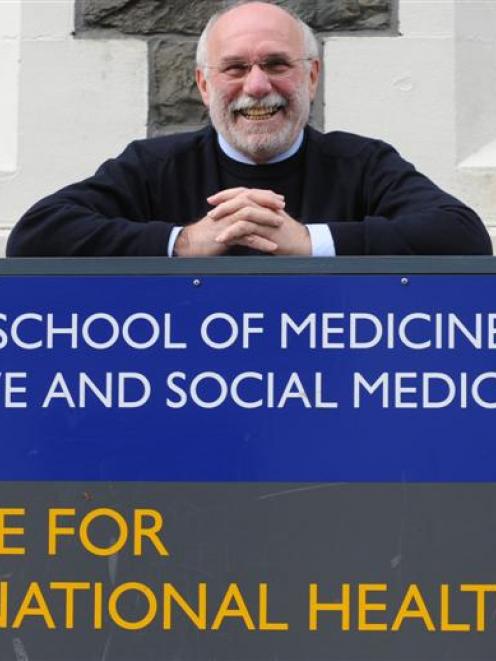 Prof Levine, who is director of the Centre for Vaccine Development at the University of Maryland School of Medicine, Baltimore, is visiting Dunedin as a University of Otago James and Jean Davis Prestige Visitor.

He is being hosted by the university's Centre for International Health, and will give the McAuley Oration, a public lecture, on "Vaccines, Social Equity and International Health" in the Colquhoun lecture theatre, Dunedin Hospital, next Monday at 5.30pm.

The talk is linked to a two-day Otago International Health Research Network Conference, which also starts next Monday.

Prof Levine, in his late 60s, has been working with developing countries in Africa and elsewhere for more than 40 years.

Vaccinations and other public health measures had already contributed to world-changing improvements in child mortality in Africa and elsewhere, he said.

Overall global child mortality has fallen from more than 12 million a year in 1990 to about 7.6 million last year.

Vaccination was one of the most cost-effective health interventions, helping prevent key infectious diseases among young children and also conferring a wider "herd protection" on others who had not been vaccinated.

"In general, it's much less expensive to prevent severe disease and disabling disease with one or just a few vaccinations than to have to give many, many treatments with multiple drugs," he said.

Sometimes "very, very committed public health people" were "afraid of research" because of the limited health funding available in some developing countries.

But he emphasised the importance of vaccine-related research: "Today's research produces tomorrow's vaccines."

The Bill and Melinda Gates Foundation and other key funding and co-ordinating bodies, including the GAVI Alliance (formerly the Global Alliance for Vaccines and Immunisation), were playing important roles in supporting immunisation programmes in Africa and elsewhere.

He also welcomed world-class infectious disease research being undertaken at the Otago University, including at the Centre for International Health and the Webster Centre for Infectious Diseases.