Van Asch jumps at chance to leap over harbour

It may have been Henry Van Asch's first bungy jump from a helicopter in almost 20 years, but he did it in style. 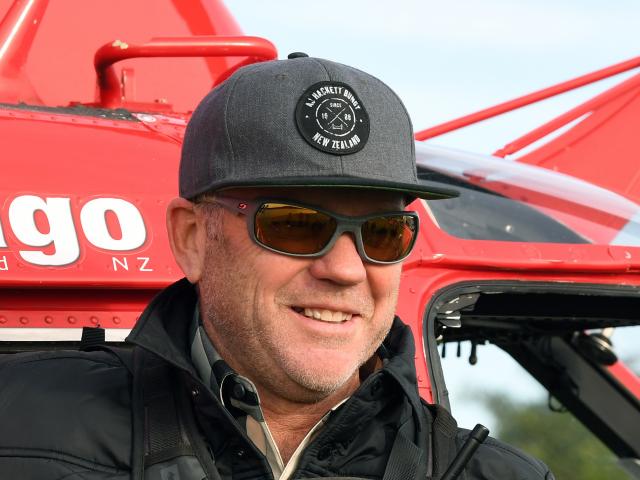 ''It was awesome,'' the co-founder of AJ Hackett Bungy said of his plunge from a Helicopters Otago twin-engined machine, 150m above Otago Harbour yesterday morning.

He had done a few harbour heli-bungy jumps in the past - ''over Auckland and Wellington, and over the local harbour - Lake Wakatipu - but this is the first I've done over Otago Harbour''.

''It's been so long since the last one I'd forgotten what it's like,'' he said with a broad grin. 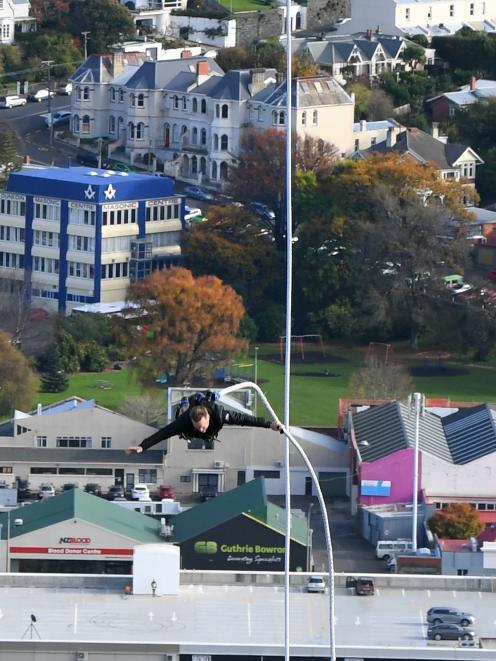 The bright red helicopter lifted off from the helipad at 10.54am, flew out over the harbour and climbed to 150m, the height above water being checked by the helicopter's crew and the pilot of an accompanying machine.

Once the altitude was confirmed, Mr Van Asch emerged from the hovering helicopter like Superman and jumped, the 32m bungy cord gradually extending until it stopped him about 25m above the water.

After a couple of big bounces, he hung beneath the machine as it carried him back to the dry land of the harbourside helipad.

''It was fantastic. I never get sick of it,'' Mr Van Asch told waiting reporters.

He said Helicopter Otago's people were ''great to work with'' before and during the jump, which was made during the second day of a big tourism conference in Dunedin.

AJ Hackett is one of the many companies associated with the four-day Tourism Industry Aotearoa Trenz event at the Edgar Centre near the harbour.