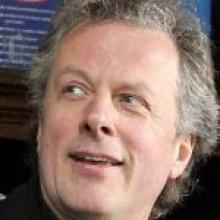 The extraordinary meeting will be held on Monday afternoon, and Dunedin City Holdings Ltd (DCHL), managing body for the city's trading companies, is the sole agenda item.

The public has been excluded from the meeting, and Mayor Dave Cull has refused to say why.

Cr Vandervis said yesterday his understanding of the Local Government Act was that a report was required with agendas 24 hours before a meeting, and that period had to be on a working day.

But no report had been received.

"My beef is being marched into a meeting not knowing what is being talked about, when clearly others do."

In an email to Cr Vandervis on Thursday, governance manager Sandy Graham said acting chief executive Athol Stephens had advised "given the very fluid nature of the commercial negotiations being carried out by DCHL, any report tabled prior to Monday's meeting was likely to be out of date".

Asked about Cr Vandervis' complaints yesterday, Ms Graham said the Local Government Act allowed the council to call extraordinary meetings with short notice where matters to be discussed were such that normal requirements of meetings could not be met.

Mr Stephens backed her response, and said Ms Graham was "well versed in the requirements of the law as it relates to the calling of meetings".

"The council needs to have the ability to call meetings instantly."