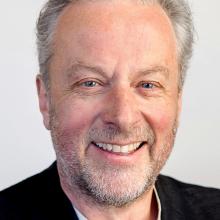 Cr Vandervis was among 13 mayoral contenders taking part in a mayoral forum at the University of Otago on Thursday, when all candidates were asked how they would encourage young people to vote.

In a subsequent email, Cr Vandervis claimed he had intended to say his preference was for more informed voters rather than just more people voting, but had "completely stuffed up my comment" before being "drowned out".

"What I did say was entirely inappropriate, given that those few of Otago's 20,000 students attending the electoral forum were exactly those who did take an interest and were making an effort to be informed.

"To these informed and interested young voters, I unreservedly apologise, and hope that perhaps as a result of my gaffe, there may be more of them engaged and interested enough to lift the traditionally small number of student engaged voters as the election campaign progresses."

OUSA did not respond to a request for comment yesterday, but fellow mayoral candidate Aaron Hawkins - judged the winner of Thursday's debate in an informal exit poll - said Cr Vandervis' intentions had been "quite clear".

"Misspeaking or not, it's always disappointing to hear people in our community being told that they shouldn't take up their right to vote, especially by an elected representative and candidate."

The younger voters of this city would know more about what is going on in there little finger than what Cr Vandervis does in whole body . The fact of the matter is he would not have said the statement if he had not being thinking it. So all the young voters cant vote for such a angry anti young voter in a city full of young students that prop this city till November every year. All thanks to councils over the years making it so hard to have factories and jobs in Dunedin now we are having to be propped up by the Education dollar. And what does the Education Dollar bring Cr Vandervis it brings young voters who will never vote for you. Good on you Cr Vandervis show your true colors now before everyone made a big mistake . Well done Aaron Hawkins I guess you are the better of the bunch .

How long untill Cr Vandervis distroyed the Dunedin, China relationship... Not tthat long at all.

IMHO another trait of a Leader- understands that what was said or done didn't come across correctly and makes moves to put things right and is not scared or thinks they are to big to apologise. This is something that Cull and some of the others on council would never ever do. - Respect

Come on mate... he looked at press and the numbers and knew he had to back track asap.
It is clear that this isn't a one off. How is a comment like this going to playout if made to the Chinese... in a loss of Dunedin exports and jobs that's how!

I totally agree with the sentiment of what he was trying to say. We as a society need to take responsibility and put in the effort to understand the issues and understand the candidate motivations. Democracy generally is too focused on the masses voting for whoever they understand to be giving away free beer. We need more INFORMED voters, not more voters looking for handouts.

Who're the masses? We all are. Voting can be informed or not.
It behooves us to not tell others what they should do.

Arrogant and agressive comment from the Cr. How is that going to play out over the table with China... Not well at all and no amount of sorrys is going to cut it. Dunedin exports take a big hit...

How dose he represent Dunedin in China?
Has he got any tresspass or protection orders against him? Is he medicated for anger issues? Some serious reporting needs to be conducted to show the public if what people are saying about Mr Vandervis are fact or fiction.
A lot of smoke out there and where there is smoke....