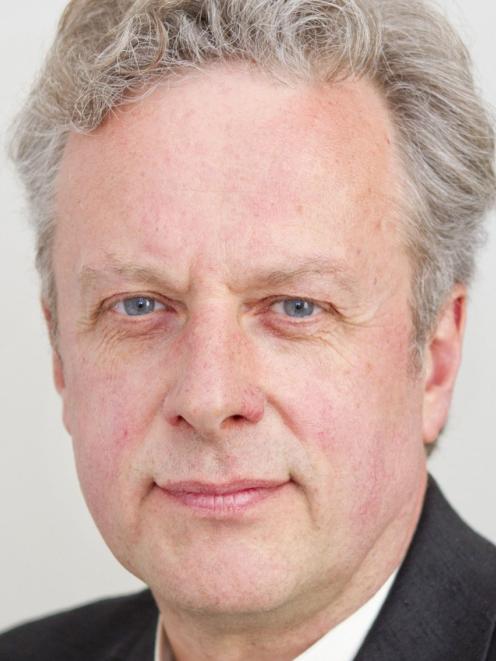 Lee Vandervis
Dunedin city councillor Lee Vandervis has upped the ante in his fraud claims by signing a sworn affidavit alleging he paid a $200 backhander to secure a Dunedin City Council contract.

But the document was quickly dismissed by Dunedin Mayor Dave Cull, who told the Otago Daily Times yesterday it contained ‘‘allegations, not evidence''.

Cr Vandervis sent the affidavit to the ODT on Sunday, together with accompanying emails which confirmed he was being represented by Dunedin barrister Gordon Paine.

His move came as Crowe Horwath, the council's internal auditors, continued to probe Cr Vandervis' backhander claim, which was first made public during a council meeting on December 14.

In the affidavit, Cr Vandervis said he was asked by council staff to provide a quote for a sound system while working as an acoustic engineer, running Vandervision Pro Audio and Lighting, in 1984.

A meeting with two council staff followed, during which it was suggested a $200 cash payment to one of them would ‘‘smooth through'' the process and secure the $2000 contract, he said.

Cr Vandervis said he felt ‘‘uncomfortable'' about the idea, but was told the intended recipient was a junior council staff member with a young family who was struggling.

Cr Vandervis said he assumed it was ‘‘part of the way the city council did business''.

‘‘Having thought about the matter overnight, I decided to pay the 10% as asked, but did so by a crossed cheque so that it could be traced.

‘‘It was clear to me that this was the way the DCC did business. I did not realise at that time by paying the cash requested I would be committing a criminal offence nor that the city council and [its] employees were also committing criminal offences.''

His affidavit came after Cr Vandervis claimed during the December 14 council meeting to have given Mr Cull ‘‘personal evidence'' to support his claims.

The suggestion sparked a furious exchange, which ended with Mr Cull calling Cr Vandervis ‘‘a liar'' and ordering him to leave.

Cr Vandervis has repeatedly refused ODT requests to see his evidence, but included with the affidavit was a copy of an email sent by him to then council chief executive Paul Orders in 2011.

The email also recounted the meeting with council staff, and the payment, and ended with Cr Vandervis telling Mr Orders it was ‘‘just a small example of a general culture of ‘looking after people' endemic at the DCC''.

Cr Vandervis had first raised the alleged backhander with Mr Cull in 2011, but Mr Cull said he had referred the councillor to Mr Orders.

That was despite saying he had used a crossed cheque to ensure he retained a record of the payment, Mr Cull said.

‘‘He had looked for the cheque but was unable to find it,'' he said.

Without such evidence, his claims remained ‘‘no more than an allegation'', Mr Cull said.

‘‘There is no evidence here.''

Cr Vandervis continued to refuse to answer ODT questions when contacted yesterday, saying he did not want his views to be misrepresented.

However, council group chief financial officer Grant McKenzie confirmed the councillor was still to be interviewed by Crowe Horwath's staff.

‘‘On a number of occasions, our internal auditors have tried to meet with Cr Vandervis. To date, they have not been able to speak directly with him but have corresponded with his representative,'' Mr McKenzie said.

That was expected to be about two weeks away, Mr McKenzie said.