Toitu Otago Settlers Museum was besieged by tiny tots at the opening of Pixie Town yesterday.

''We had two kindergartens waiting in line when it opened at 10am.'' 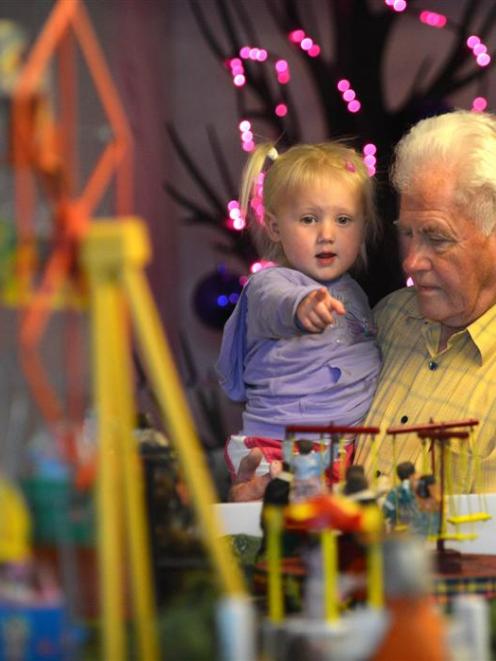 ''We're lucky that we've got a very skilled group of people who know the pixies well and help set them up for us every year,'' Mrs Glengarry said.

The wooden models were made by Nelson carver Fred Jones between 1930 and 1950, and toured New Zealand department stores until the 1970s, when they were bought by Dunedin department store DIC. The models were donated to Toitu when DIC closed in 1991.

''I think Pixie Town is probably as much for the parents as the kids. There's a lot of nostalgia in it for a lot of Dunedin people.''

Toitu will also host Santa Claus before Christmas and will have a decoration-making zone in the New Zealand Railway foyer.