"Humans are capable of change - it's what we do best."

It was an optimistic view from Oscar-winning director and explorer James Cameron, but he did not mince his words when addressing climate change during a visit to Dunedin at the weekend.

He was in the city to mark the midway point of his Otago Museum exhibition, "Challenging the Deep".

At a well-attended public session at the museum yesterday, he discussed climate change and sustainability with Dunedin Mayor Aaron Hawkins and Radio New Zealand's Noelle McCarthy.

Cameron, who owns a farm in the Wairarapa, was critical of the environmental impact of farming, saying methane was "one of the biggest things we have to wrangle in this country". 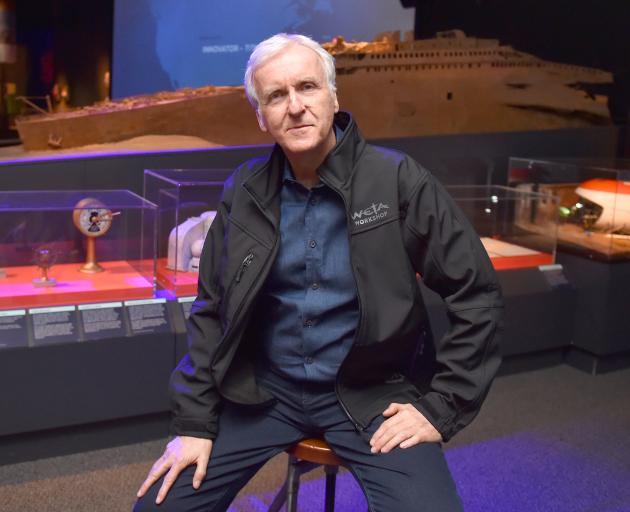 Film director and explorer James Cameron shared his views on climate change, and spoke about his life as an explorer, during visits to his Otago Museum exhibition at the weekend. PHOTO: GREGOR RICHARDSON

"Even though there's a lot of good science here in the way that dairy is done and the way beef is done, people are really sticking their heads in the sand."

But he also pointed out that he was sympathetic to farmers, and he owned farms in both New Zealand and Canada.

"The purpose of those farms is to figure out how to do it better."

He was also critical of the United States, where he said everything was "going in the wrong direction because they've just handed the reins of power to special interest groups".

He was full of praise for his adopted country, saying New Zealand was one of the "least insane" places on the planet.

"I think the world does pay attention to New Zealand, disproportionately to its population and GDP.

"People look to New Zealand as both a forward-thinking, green nation and a nation of independent and rational people."

He said the country had the opportunity to become a leader in the fight against climate change, despite its size.

"Greta Thunberg is a 16-year-old from Sweden - she stood up and challenged the world. New Zealand could do that."

Mr Hawkins reflected on his election as New Zealand's first Green Party mayor, saying climate change had become a mainstream movement and was no longer a fringe issue.

He also urged caution around turning individual action about climate change into a "piety test".

"Not everyone can afford to go out and buy an electric car, and if you're living paycheck to paycheck and you're worried about whether you have to choose between heating and eating, I'm not surprised you don't have the bandwidth to worry about where that chicken was raised."

Earlier in the day, Cameron treated 20 lucky competition winners to a private tour of his exhibition, where he shared anecdotes about his expeditions and movies.

An acclaimed explorer and innovator, in 2012 he became the first person to reach the bottom of the 11km-deep Mariana Trench alone, in a submersible he helped design.

During the informal 40-minute tour, he discussed everything from learning to scuba dive in a river as a child, to exploring the wreckage of the Titanic.

On Saturday, he gave a public talk about his life as an explorer, which was also hosted by Ms McCarthy.