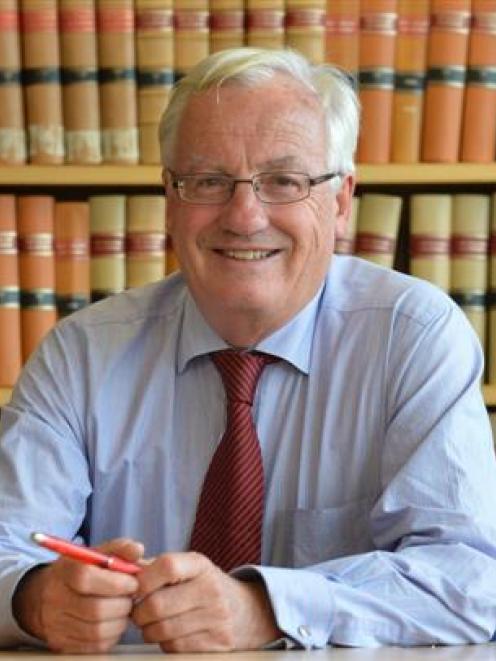 Justice Young gave a talk this week on ''The role of the courts in correcting miscarriages of justice'', at the University of Otago Law Faculty.

''We can't be complacent,'' Justice Young added in an interview.

For many years and in several countries, including England, a common factor in correcting some leading cases of miscarriage of justice had been the backing of organised supporters for convicted people.

Sometimes such supporters had formed committees and sometimes articulate people had taken up the cause and strongly promoted it, he said.

Such commissions operate in England, Scotland and several other countries.

Justice Young emphasised he was not commenting on the wider merits of such commissions.

He noted that, over the years, there had been many cases of miscarriages of justice in several countries, and many convicted people in the United States had gained their freedom after analysis of DNA evidence had later ruled them out.

It was wrong to assume there were no other miscarriages of justice among people who had no vocal supporters and who, being perhaps inarticulate themselves, had remained silent and apparently accepted their lot.

One advantage of the commission approach was that a commission had the resources to undertake its own investigations, which could be of value when convicted people had few supporters or resources to call on.

Nevertheless, many factors had contributed to developing an improved judicial system, which was probably producing ''more accurate'' outcomes than in the old criminal justice system.

Such improvements had included ''significant developments'' in criminal procedure, including a requirement for the prosecution to disclose all relevant material to the defence, and routine videotaping of police interviews with suspects in serious cases.

Other scientific and technological developments had also helped to show innocence, as well as guilt.

Among such developments were the use of DNA evidence and `the increasing availability of largely incontrovertible evidence of whereabouts'', linked to the ''electronic footprints'' now left by many people through their use of cellphones, credit cards and computers, and growing use of security cameras, he said.