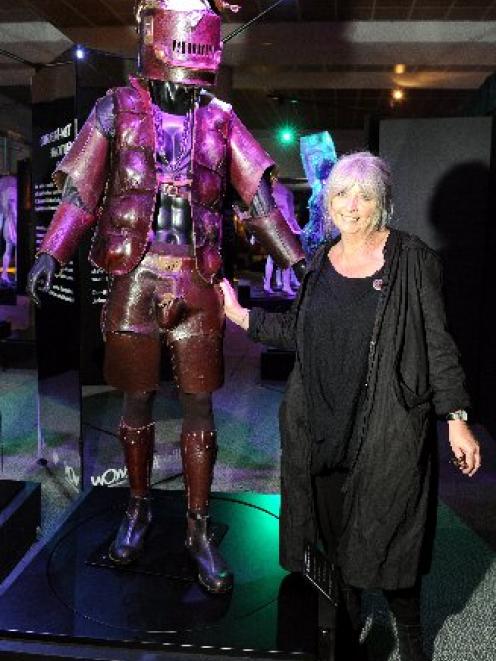 The phenomenon's founder arrived in Dunedin yesterday for the opening at Otago Museum of Off the Wall: World of WearableArt Up Close, which features 30 selected garments from WOW's historic collection.

Selecting the pieces from the wider collection of 400 was a "difficult process", but she wanted to provide a "good cross section of work".

WOW was first staged in Nelson as a promotion for a rural art gallery.

"I certainly never imagined I would [one day] be sitting in the Otago Museum talking to you.

"I've been working on it for 26 years and that time has just gone in a flash," she said.

However, she did say she always envisioned it would "grow into something quite large".

She believed it was so popular because it was "non elitist" and "gives everyone an opportunity to find that creative side of themselves".

The next phase for WOW was taking an exhibition overseas, a move which showed promise after shows at the Hong Kong Arts Festival sold out earlier this year.

"That was a great testing ground for us, testing those international waters, and I have no doubt that World of WearableArt would be very well received in other countries around the world.

"This [the exhibition] has just been so popular. It's great for New Zealand, too.

"It shows that we are a creative and colourful country. I think the World of WearableArt is a very refreshing promoter for the country."

The exhibition runs until October 28.