'Vital' for scientists to have public trust 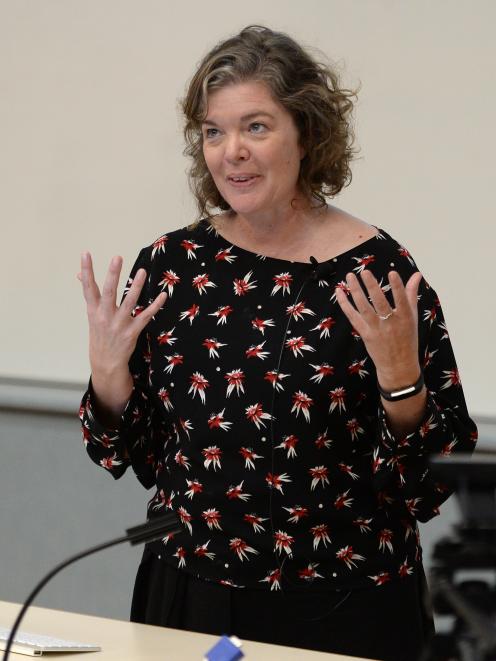 Staff, students and members of the public assembled to hear Prof Juliet Gerrard talk at the University of Otago yesterday, as part of a series of talks around the country targeting the research community.

Prof Gerrard, a biochemistry professor at the University of Auckland, spoke about the importance of communicating with the public and putting science in layman's terms, before taking questions and Post-it note suggestions from the audience for issues she should prioritise.

About 70 people attended her talk in Castle 2 Lecture Theatre.

Prof Gerrard said it was important to tackle the loss of faith from the public in scientific experts.

Her principles were inclusivity, rigour, transparency and accessibility.

''We need to explain the advice that we are giving to the Government,'' she said.

She was also keen to involve more Maori principles when it came to providing scientific advice, but said she would assist the process of getting Maori ideas into the mix rather than leading it.

It was important to put forward scientific knowledge without becoming an ''advocate for science'', because that way scientists got locked into adversarial debates with people.

For instance, for groups such as people who were anti-vaccination, she supported taking an approach starting out with shared values, like the importance of their family's health, she said.

It was about promoting knowledge and making it available through accessible forums, rather than shutting down other ideas.

Prof Gerrard has worked with Fonterra on improving its dairy products and has headed the Marsden Fund.