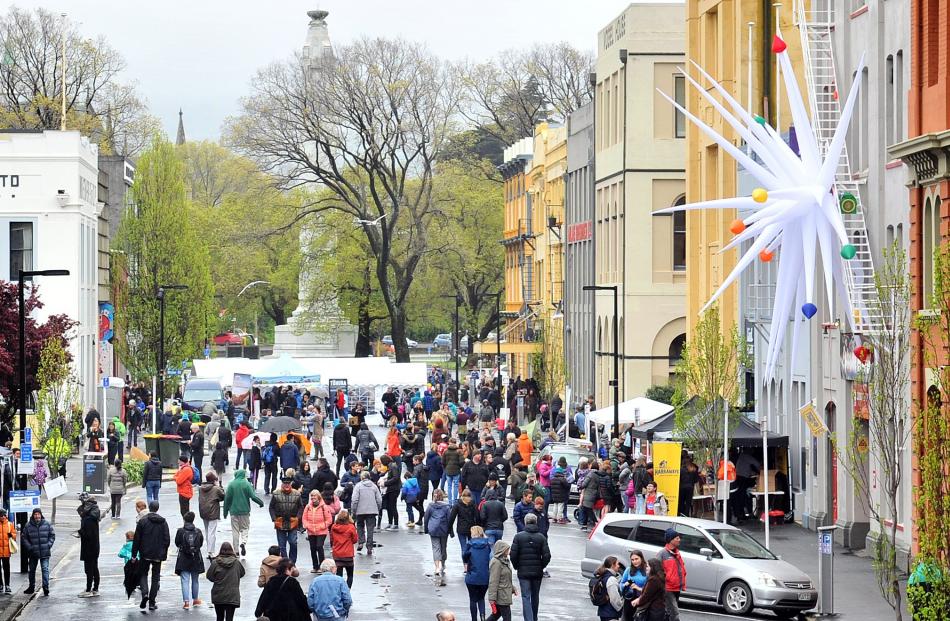 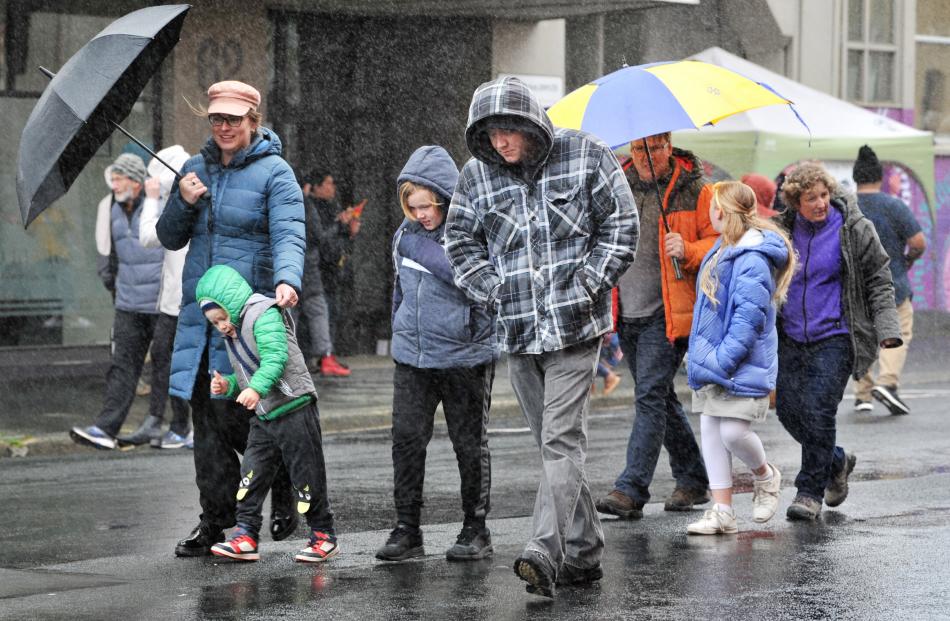 Revellers battled the elements to head to the Vogel Street Party on Saturday. 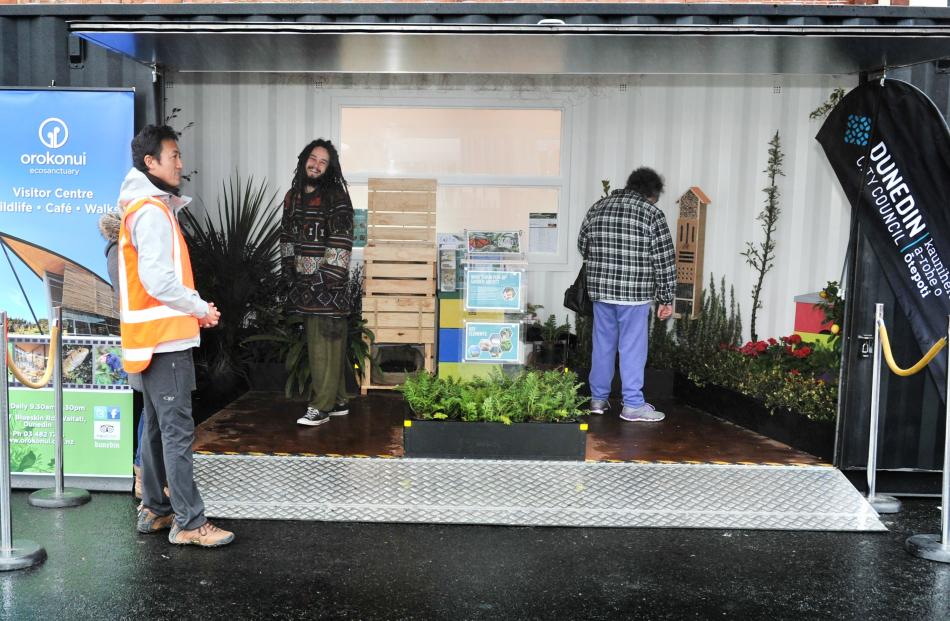 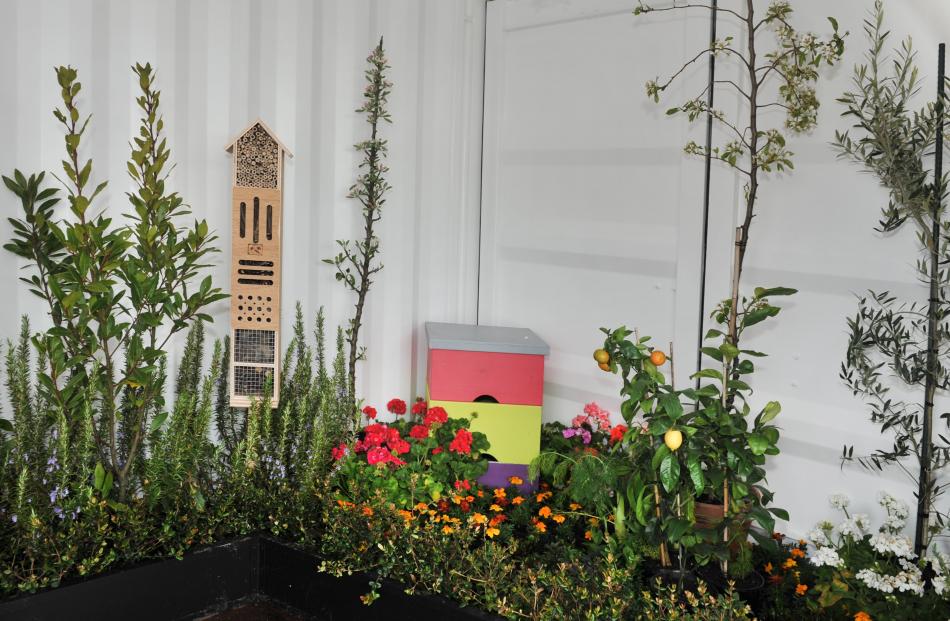 The pop-up garden showed how to make backyards attractive for wildlife and people. 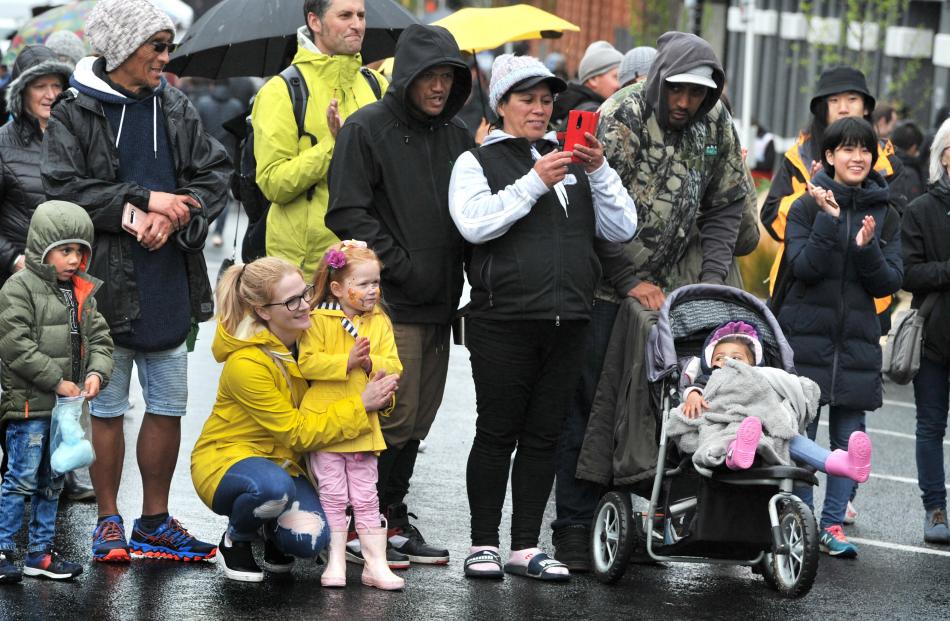 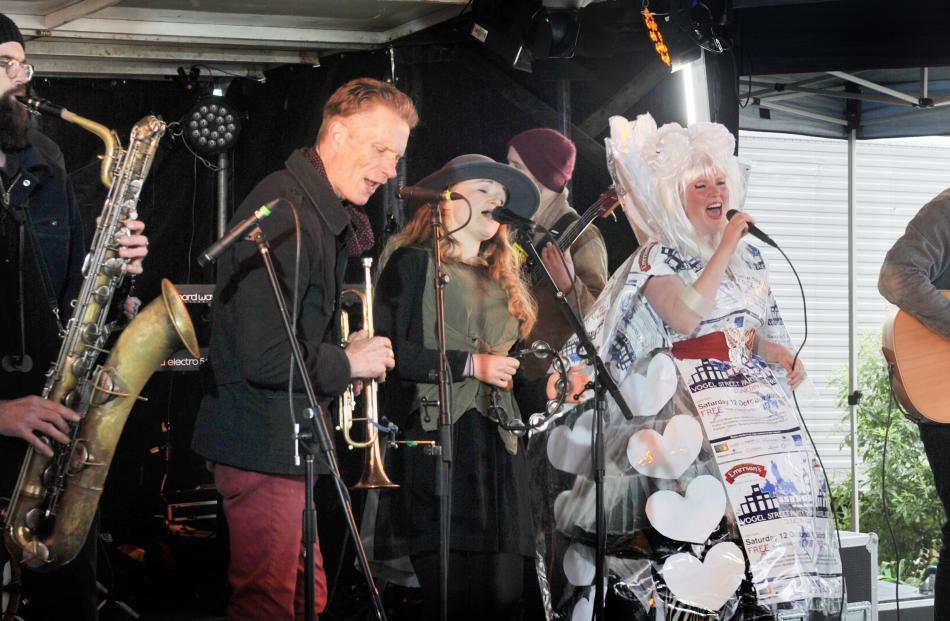 Umbrellas and plastic ponchos were the fashion of the day as revellers braved the rain for this year's Vogel Street Party.

The annual street party returned on Saturday after taking a break last year, bringing thousands of revellers to a busy but soggy Vogel St.

This year's theme was Dunedin Icons, with city rock royalty The Chills topping the line-up.

"We're really stoked with how it's gone," he said.

"Outdoor festivals are subject to the weather, but we couldn't have hoped for a better turnout, given the weather we've had."

The street had been "really busy and vibrant" throughout the day.

He believed taking a break last year had helped the festival in "leaps and bounds".

They had taken time to assess "how can we make this something that's really a party for the people".

Several days of rain before the festival had also proved challenging for setting up, he said.

"It's been a very stressful week, but it's all been worth it."

Jennifer Shulzitski, of Dunedin, took her three children along to the festival.

"It's a great way to spend the day, running around, meeting friends on the street," she said.

When asked if the rain had put her off, she laughed.

Proving a hit with attendees was a wildlife-friendly, pop-up garden displayed in a modified shipping container, which was launched by the Dunedin City Council.

Council policy analyst Jun Sugishita said the idea was to show people they did not need to have a large garden to grow greenery that could benefit both people and wildlife.

Feedback had been "really positive" and a lot of people had been picking up information sheets about gardening and composting.

The garden will also be displayed at the Dunedin Botanic Garden from today until Friday, at the South Dunedin Buskers Festival next Saturday, and at the Otago Museum Reserve next Sunday.