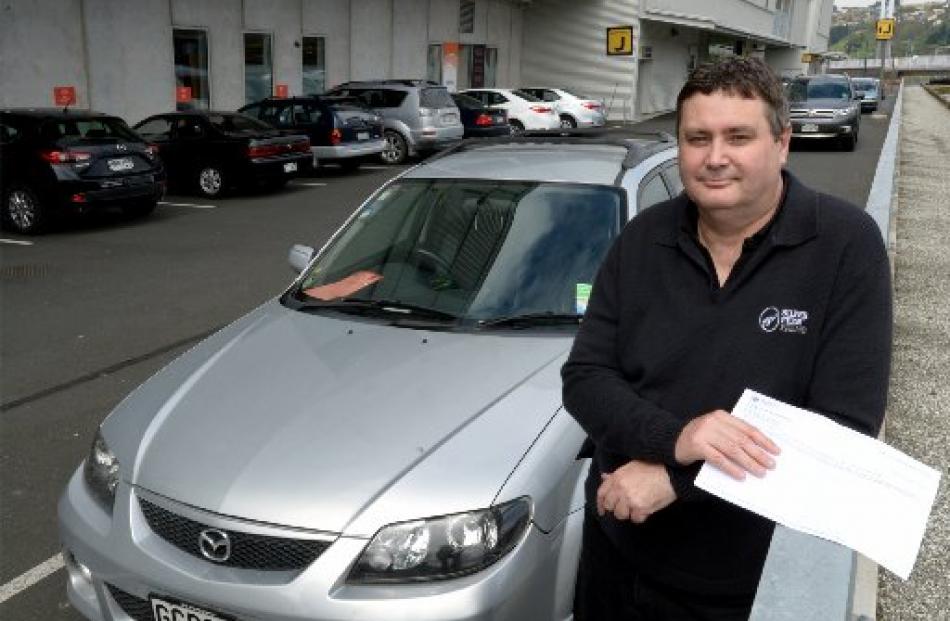 Altruism has come with a $65 price tag for Dunedin volunteers parked at Forsyth Barr Stadium.

Dozens of people contacted the Otago Daily Times following yesterday's report on the legality of ''fines'' issued by Wilson Parking.

Among those stung with $65 parking ''`fines'' were several people who found giving freely of their time came with a big personal hit to the wallet.

Otago Metropolitan Rugby Council club delegate Trevor Turner said he was parked outside Gate J at the stadium in June last year while he attended a monthly rugby council meeting when he was ticketed.

The volunteer council had met at the stadium since the Otago Rugby Football Union moved into the stadium and had not been ticketed until June last year.

''It was just past 6 o'clock that he came around and ticketed all the vehicles.

''I'm pretty upset about it. We are all volunteers... It's dedicated people who give their time.

''We were under the understanding that that was the proper place for us to park.''

He tried to explain the situation to Wilson Parking but was unable to make them budge.

''I told them I wouldn't [pay] it and eventually they put the debt collectors on to me,'' he said.

''I'm still quite angry. I think they are all about raising revenue.

''It's hard when community people get stung like that.''

He paid the debt to avoid the involvement of debt collectors, but the matter had left a sour taste.

''I'm not even parking in council-run buildings that Wilsons look after and that's because I don't like the way they treated us.''

His story was similar to that of Mosgiel grandmother Wendy Ritchie.

She had arrived at Forsyth Barr Stadium to drop off her 7-year-old and 9-year-old grandsons, who were volunteer ball boys for a Canterbury and Otago under-20 rugby match.

''I went to put my money in the machine and it fell out,'' she said.

''I thought the machine is faulty and I just need to drop them off. I wouldn't have been in [the stadium] more than 10 minutes.''

But waiting for her upon exit was a $65 fine.

She wrote to Wilson Parking explaining the situation with the faulty machine and in an emailed reply was told ''too bad'', she said.

She then rang the company and, after again explaining the fault with the machine, she was told: ''You should have left the car park immediately''.

She was particularly incensed as a ratepayer and as someone doing a favour for the rugby union.

''What I think of Wilsons you couldn't print,'' she said.

''They are a money-making organisation that don't give a damn about their customers.''

But if people wanted advice the law centre's next clinic was on Monday from 5.30pm-7.30pm, she said.

''If they do want to get in touch that's perfectly fine.''