Waitaki waste no longer being dumped in Green Island landfill 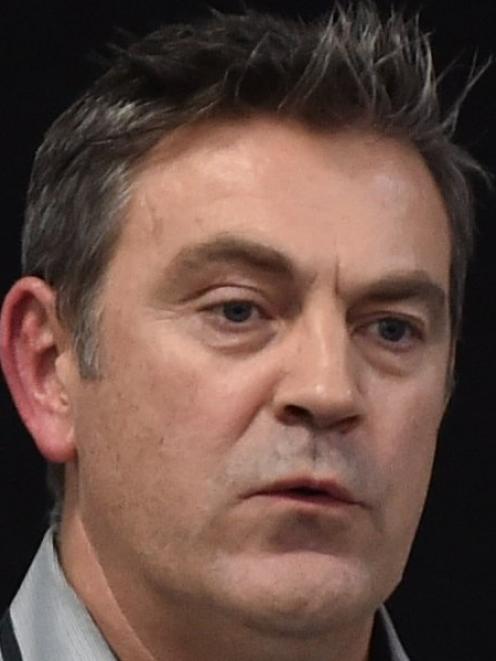 Chris Henderson
The international company now running Dunedin's Green Island landfill had been trucking in rubbish from outside the city, but the Dunedin City Council says the practice has been stopped.

Council waste and environmental solutions group manager Chris Henderson confirmed when contacted Waste Management had been shipping rubbish from the Waitaki district to the Green Island landfill "for a period of time''.

How much, or for exactly how long, was not immediately clear, but the practice had been stopped in the past couple of months, he said.

It also held a rubbish contract in the Waitaki District, and the arrangement to bring rubbish to Dunedin had not involved the council, Mr Henderson said.

The council's old solid waste bylaw prevented out-of-district rubbish shipments, but the bylaw had lapsed and not yet been replaced, as work on the council's wider Waste Futures project continued.

Despite that, the council was still not "keen'' on such shipments, and the issue had emerged during a regular contract management meeting, he said.

Asked if the council had acted to put a stop to the practice, Mr Henderson said: "Not specifically''.

"Although we did mention that ... we weren't keen on receiving out-of-district waste into Green Island landfill.

"We didn't actually officially stop it, but it appears Waste Management have acted on that and that the waste is no longer going to Green Island.''

While it was not known how much material had been shipped to Dunedin, or what impact that had on the landfill's remaining lifespan, Mr Henderson believed it was unlikely to be significant.

The environmental impact of trucking rubbish from one district to another was an issue, but so, too, was the absence of a local landfill for Waitaki waste, he said.

The Oamaru landfill closed in April 2017, meaning it was "much further for them to try and transfer it anywhere else'', he said.

Waste Management had opened a new transfer station in Oamaru at the same time, which was to gather rubbish for shipment to an as-yet-undisclosed location, Waste Management South Island general manager Gareth James said at the time.

At the time, Waste Management was also already one of the largest customers using Dunedin's Green Island landfill, and its volumes to the council-owned facility were expected to rise, the ODT reported then. It was suggested the company was about to begin transferring waste from Oamaru to Green Island. The company did not confirm it.

Earlier this year, councillors opposed Dunedin's rubbish possibly being shipped out of town, even temporarily, when the Green Island landfill closed.

It was not clear where Waitaki's rubbish was being shipped now. Waste Management staff in Dunedin did not respond.

Likely explains the reason for such a price difference between the waste disposal services in Waitaki.
We already have high rates (due to the size of the the expanded electorate and providing for it ), plus additional costs such as domestic waste removal not included. We recycle as much as possible, and are very grateful for what we can recycle as the waste costs increase, but even these options have recently decreased again (not accepting numbered 3 & 7 recyclables). As mentioned in the article there is the environmental impact of shifting the waste to different districts. The unconfirmed destination of waste is a concern.