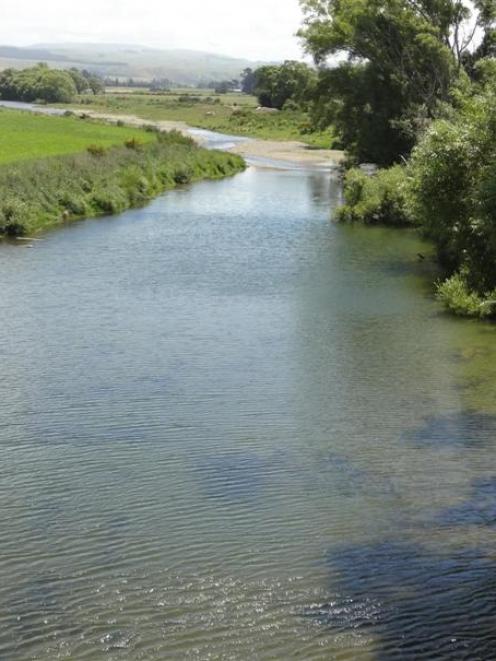 The water quality of Otago's major rivers could be under threat. Photo by Bill Campbell.
Proposed national ''bottom lines'' on water quality could lead to large-scale degradation of Otago's rivers and lakes, the Otago Regional Council says.

The National Policy Statement for Freshwater Management amendments proposes to establish two compulsory standards - one for ecosystem health and one for human health for secondary contact recreation - with minimum acceptable states for water quality, along with a framework for making exceptions.

Council policy planning and resource management director Fraser McRae said at a committee meeting this week that, overall, the proposed amendments aligned with the council's 6A water plan and other water plan changes.

''The biggest issue is the numbers they have put in place for better water quality.''

The concern was the nutrient standards would be set at levels ''well below'' the levels already experienced in Otago's mostly pristine waterways, he said.

''The water quality in most of our major rivers is well and truly within those limits.''

If imposed, the standards would ''lead to large-scale degradation of water quality in Otago''. The aim of the council's submission on the proposal would be to lobby for stricter standards to be set to ensure council standards were not vulnerable to pressure to operate under more lax national standards.

''We want to retain the good quality water we have got.''

Cr Louise Croot said it was really important the council maintained the gains it had made with water quality in the region and did not go backwards.

Council chairman Stephen Woodhead said while there was debate over the numbers, he did not believe there was any intent to ''scupper'' any council initiatives at a regional level.

There were also concerns about the implications of the new monitoring regime proposed, as it could mean testing for aspects of water quality such as temperature and nitrogen toxicity, which the council did not need to do and which was difficult and expensive.

''We need to make sure the Crown is aware a lot of extra time, cost and work would be needed for no extra benefit.''

A working group of Cr Gretchen Robertson, Mr Woodhead and Mr McRae was formed to finish a submission to the Ministry for the Environment on the proposed amendments.

The discussiojn document with the proposed amendments said it was not intended for water bodies to be degraded down to bottom lines.

''Councils must continue to meet the existing NPS-FM [national policy statement freshwater management] requirement to maintain or improve the overall water quality within a region.''

Having national bottom lines for some key attributes relating to human health and ecosystem health would assist councils and communities by providing clarity on the minimum acceptable states required, the document said.

''This is expected to reduce costs and litigation associated with the preparation of regional plans.''

Six out of 68 monitored river sites and six out of 16 monitored lake sites breached the proposed cyanobacteria bottom line standards.