What goes on behind closed doors? More DCC ‘workshops’ 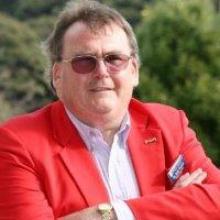 A leading local government academic says the informal meetings, also known as workshops, exacerbate the disconnect between councils and the public.

But a city councillor and the mayor have defended their use, saying they allow councillors to better understand the complex issues put in front of them.

Since October 2016 the Dunedin City Council has held 48 workshops, none of which have been publicly advertised.

Figures released under the Local Government Official Information and Meetings Act show they are also being held more often.

In the year to July 31 this year the council held 31 more workshops  than in the previous two years combined.

But as no decisions are made during the informal workshops, they are not classified as meetings.

Other local councils publicise  workshops and some  open them to the public, but many do  not. 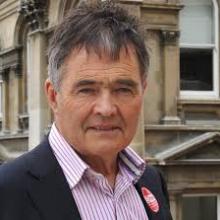 Massey University senior lecturer Dr Andy Asquith said secrecy was bad for local democracy and when someone stood for public office they should expect to be scrutinised.

When the public and media were excluded, people had no way of knowing what their council was doing, he said.

"The fundamental problem with local government is people don’t know what councils do, or what councillors do or who they are and they turn off," Dr Asquith  said.

The use of workshops was widespread across councils and there would only be a change if the Government decided to make  changes to the Local Government Act, something it had been hesitant to do, he said.

Dunedin Mayor Dave Cull said councillors were presented with such a large amount of complex information, it would be impractical to try to absorb all of it during one council meeting.

There was no risk public debate would be stifled because of the increasing use of workshops, he said.

The increase was due to the council using workshops to "refine" what the priorities of the 10 year plan were.

He was also not in favour of the publicising the workshops or making them public because councillors could ask "stupid questions" and explore options which otherwise might not be viable.

"If they were open to the public and  media, you might have the situation where people are hesitating or and hold back with their views and questions."

First-term councillor Jim O’Malley agreed the meetings were vital and said he would be in favour of the council holding more.

All councillors and staff understood the rules and accusations of decisions being made in secret were wrong. 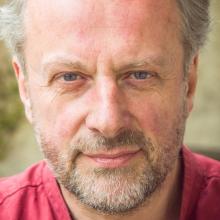 Cr Lee Vandervis said while some workshops were valuable, others were a "muzzling exercise" and he had stopped attending many.

"Some of them are good but many are being used to stifle debate and a lot of decisions are precariously close to being made or certainly coming to consensus, as Mayor Cull likes to say."

In some ways the council had become more transparent in recent years but there was still an element of secrecy with workshops, Cr Vandervis said.

Media commentator and University of Auckland academic Gavin Ellis said the effect of workshops was to reduce the level of public debate of issues which were of public interest, whether it was intended or not.

There were already sufficient provisions in the Local Government Act safeguards which protected sensitive information discussed by councillors, so there was no need for the increasing use of the meetings.

Mr Ellis said the Dunedin City Council was not the worst offender, but the increase should worry anybody who cared about accountability and open government.

It should be possible for the DCC to screen all such workshops on local TV? Cull does not give ratepayers credit for common-sense when hearing "stupid questions".
Perhaps cull's comment could be termed "stupid comment"?? Oh well - perhaps its time he went back to TV Carpentry lessons for a living?

Local government has grown to a point where it is out of control. They are bogged down with their own red tape, governance, politics and self interest. More money and time is spent on managing their own internal business and decision making, which leaves less money to spend on services and infrastructure. The whole system needs to be reformed so that rate payers money is spent on what it is meant to be spent on and not on funding the councils themselves. All the secrecy is clearly to hide their own incompetence and shows a lack of strong leadership.

We've had a 'blue screen' DCC for too long, time to hit 'CTRL ALT DELETE' and vote in a new mayor who will work on the ratepayers best interests full time and not on their own personal agendas.

As long as a council can claim that no decisions are being made, they can say that a meeting is not an 'official' meeting and doesn't have to be advertised in advance, open to the public or keep minutes. So workshops could be assumed to be 'information only'. But I wonder why members of the public can't also have access to that information since the information on which a person eventually bases a decision can be argued to be part of the decision, maybe the grounds for it. The law needs to be changed as it's presently contradictory - meetings have to be public and transparent unless they are not 'meetings'. So a council acting in bad faith can jack up everything at a 'workshop' before the official meeting and just rubber stamp it later. And public scrutiny is not possible. Presently you just have to trust them.

Why self consciousness over asking 'stupid' questions? They are often the questions people want asked. We're not rocket scientists, and neither are our representatives. At very least, do print reporters attend?