When we all lived at Dominican Hall 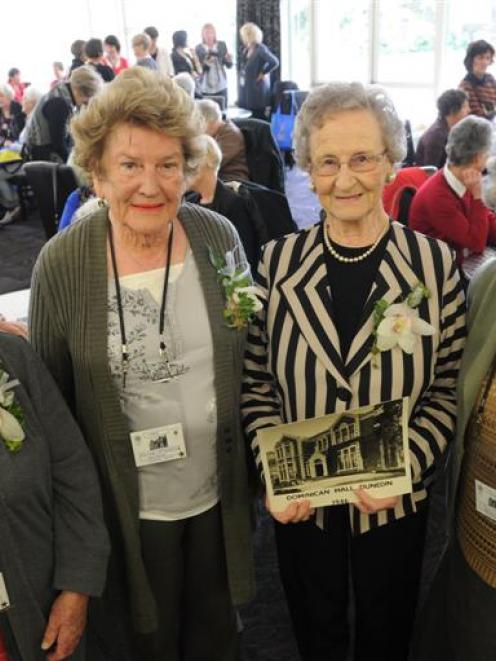 The first residents of Dominican Hall in 1946 included (from left) Mary Dudson and Carmel McGoldrick, both of Christchurch, Joan Jenkins, of Upper Hutt, and Shona Scannell, of Pleasant Point. Photos by Craig Baxter.
Friendships fostered at one of Dunedin's historic boarding halls are lasting the test of time, as those involved in a weekend reunion can affirm.

Dominican Hall residents from throughout New Zealand returned to Dunedin for a chance to reminisce on Saturday and yesterday at the Otago Polytechnic campus.

Of the 100 women involved, four were among the first tertiary students to live at Dominican Hall when it opened in 1946. 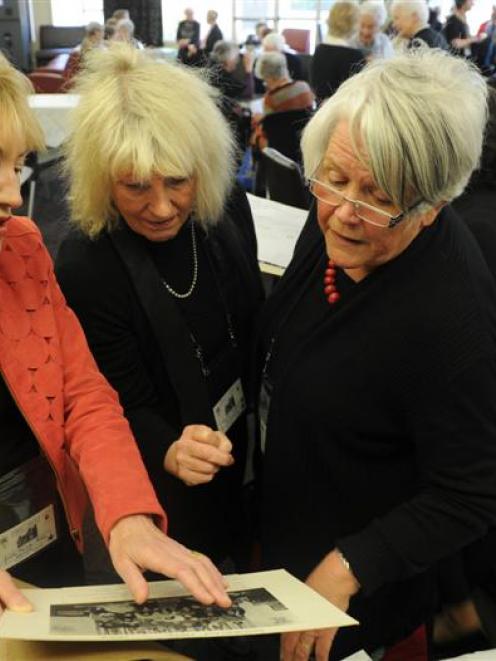 Looking through old photographs at a Dominican Hall reunion in Dunedin on Saturday are former Dominican Hall residents and flatmates (from left) Julie Meade Rose, of Otorohonga, Karen Austin, of Oamaru and Mary Firth, of Waimate.
Shona Scannell (85) of Pleasant Point, Joan Jenkins (85) of Upper Hutt, and Carmel McGoldrick (84) and Mary Dudson (85), of Christchurch, lived in the hall while studying at the College of Education and University of Otago.

Mrs Scannell said just 18 young women lived at the hall in its first year and they formed a "lovely family" at their collective home away from home.

They came to Dunedin from throughout Otago, Southland and Canterbury to study and enjoy a few years of freedom before settling into work and family life.

"We went to the pictures together and had social sports groups. I thought it was wonderful," Mrs Scannell said.

They met at the hall as teenagers in 1969 and after two years went flatting with another two Dominican residents in Castle St.

Friends ever since, the women remembered student life fondly.

Their first year of flatting coincided with the opening of the Gardens Tavern and their combined weekly rent was $20.

Dominican Hall closed as a student residence in 1978.