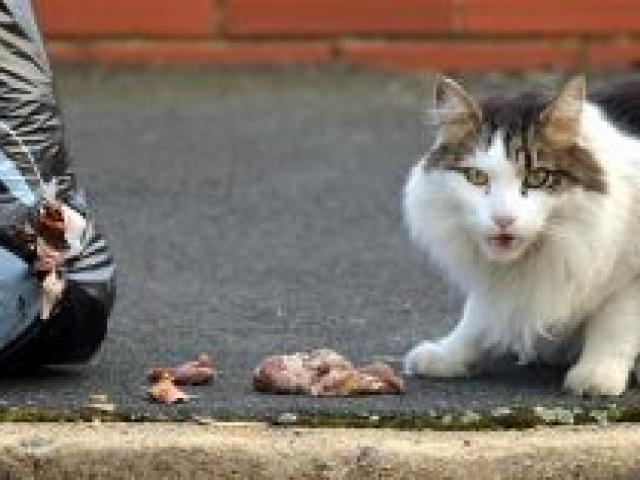 "They aren't remotely scared of people. They spit and hiss at you. The worst part is every Tuesday, rubbish day. It's Christmas Day for them. From the moment the first bag is put out, they come up out of the gully and help themselves to the smorgasbord we provide for them," she said.

"Most people put their rubbish bags out at 7am before they go to work. But they don't get picked up until the middle of the afternoon.

"By then, there is food scraps and all manner of rubbish everywhere, including dirty nappies.

"It is vile. I have spoken to the council, who said it's the SPCA's job to sort out the feral cats. But, the SPCA says it's a council issue."

"It is an issue. It's been an issue since the black plastic bags came in. It's a national problem."

"All the bush areas in Dunedin have a heap of cats and they have a huge impact on bird life.

"They decimate the bird life and animals like jewelled geckos and skinks. We're also getting more cats dumped in built-up areas.

"Something has to be done, or we're going to have a big problem."

The SPCA received $14,600 from the DCC to deal with stray and unwanted cats until 2010, when it resiled from euthanasing animals.

"It's definitely the council's responsibility, not the SPCA's.

"The DCC will probably go in and wipe the Frasers Gully colony out, but that doesn't solve the problem. Other cats will just move in and take over. You need to introduce seven or eight de-sexed cats to the colony and monitor it and, eventually, the colony will die out."

"We are fielding more calls than we used to, but that's probably because the SPCA aren't dealing with it anymore.

"... If it was a public health issue, we would get involved and capture and relocate them or, if necessary, we euthanase them through a local vet."

The council had recently dealt with a wild cat colony at South Dunedin, she said.

"That was a public health issue, because they were defecating everywhere. But if someone found a wild cat with a litter of kittens in their garage, we would expect them to sort it out themselves."

DCC parks and reserves team leader Harold Driver said he suspected domestic cats were causing many of the problems.