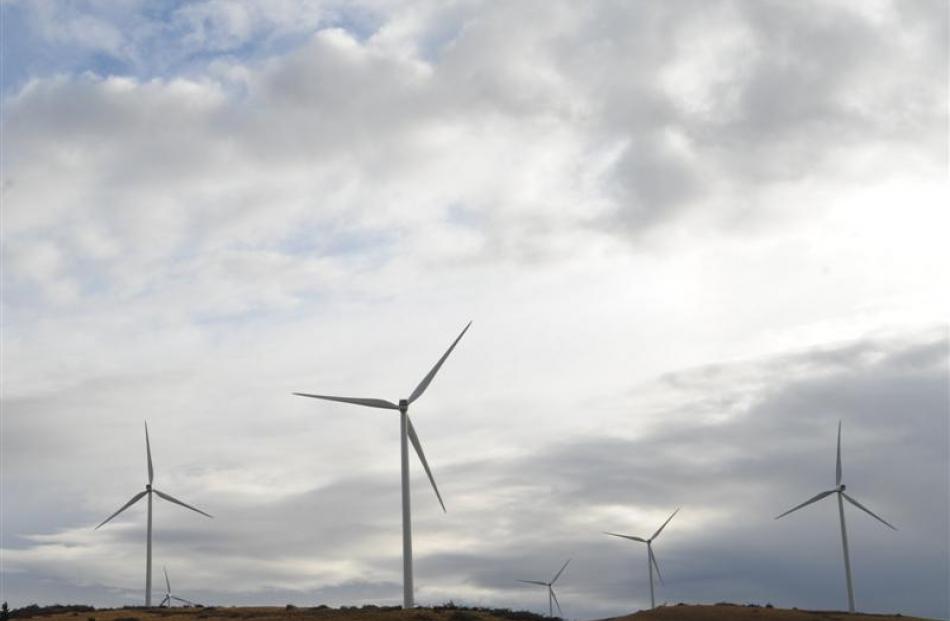 Twelve turbines were commissioned in March and, to the end of November, had "exceeded all expectations" and generated 82GWh, TrustPower community relations manager Graeme Purches said yesterday.

"We had expected to produce 103GWh per year based on our modelling, so it is staggering to have produced 82GWh in eight months. Our previous estimate was that Mahinerangi would produce enough electricity annually to power 13,000 average Dunedin homes. Based on its first eight months' performance we would have to revise that figure to 15,228."

July was the best month for electricity generation, 15GWh having been produced.

Since the Danish-manufactured Vesta turbines began turning, wind speeds had been higher than expected and the turbines had been "very, very reliable", Mr Purches said.

"The Vesta maintenance team at the site have done a great job of making sure the turbines are well placed to deliver when needed."

Steady winds within a good working range were required for best results from wind farms, Mr Purches said. TrustPower's research had shown the Mahinerangi site, on the northern side of Lake Mahinerangi about 50km west of Dunedin, would have steadier winds than another potential site nearby.

The research had proved correct: the strongest wind gust recorded at Mahinerangi since March was "a little over 150kmh", and average wind gusts during July were 43kmh.

"This is good, because it means the site produces mostly steady winds with good oomph in them to power the turbines, without too many strong gusts.

"Part of the reason for the lack of gusts is due to the gently undulating nature of the site.

This is one of the reasons we were keen on it, because rugged undulations can produce big gusts that cause machines to shut themselves down for safety reasons, or cause excessive wear and tear on the turbines," he said.

The 12 turbines were constructed in seven months at cost of about $75 million and are stage 1 of the Mahinerangi wind farm.

TrustPower has consent for a further 88 turbines at the site, a project which might cost $325 million.

The company is also poised to begin stage 1 of the $450 million 120-turbine wind farm at Kaiwera Downs, 15km southeast of Gore.

However, Mr Purches said it was unable to proceed with either development until the question of who would pay for a planned upgrade of the HVDC electricity cable beneath Cook Strait was resolved.

South Island generators carry the full operational cost of the cable because it was laid to take electricity to North Island consumers. They pay a charge per megawatt produced but want that changed because they say the charge makes it uneconomic for them to build hydro-power stations or wind farms.

In a report released in June, an advisory group established by the Electricity Authority to look at the issue acknowledged changes were warranted and recommended costs be shared across all consumers in both islands.

No decision had yet been made, something Mr Purches said was "a shame".

"The issue of the HVDC is still frustrating those of us who want to get on and build stuff in the South Island ... Kaiwera in particular is currently sitting right on the cusp of being viable, with only HVDC holding it back. Until we have some certainty around these costs, the [TrustPower] board is unlikely to approve any capital expenditure on either project."