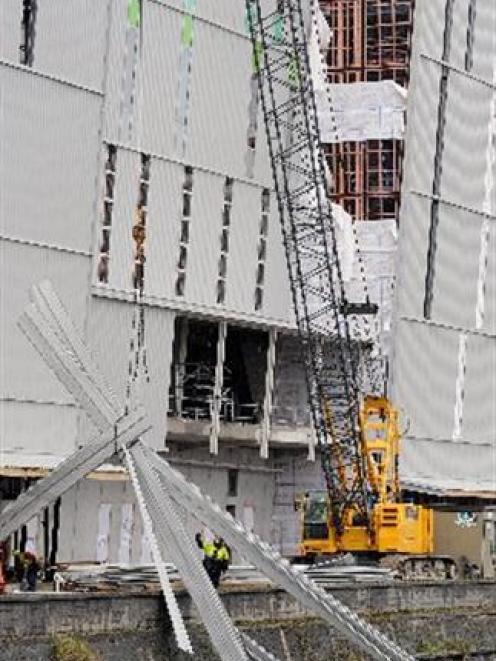 Carisbrook Stadium Trust chairman Malcolm Farry said the roof of the stand was only partially completed and the strong northwesterly winds which hammered the city, were channelled into the stand, prizing the iron sheets off the back wall.

Blue netting attached to the main cross beams, which is used in the construction process, was also blown away.

"The high winds caused some minor disruption, but no significant damage.

"A full health and safety report of the site has been undertaken and work has resumed."

A full investigation into the cause of the iron becoming dislodged was still being carried out, Mr Farry said.

The results would not be known until later today.

The cost of the damage was negligible, he said.

It was not known if the iron retrieved from the Leith would be reused on the stadium wall.

"People should not be the least bit concerned about the iron because the completed product will be able to withstand all extreme weather conditions."