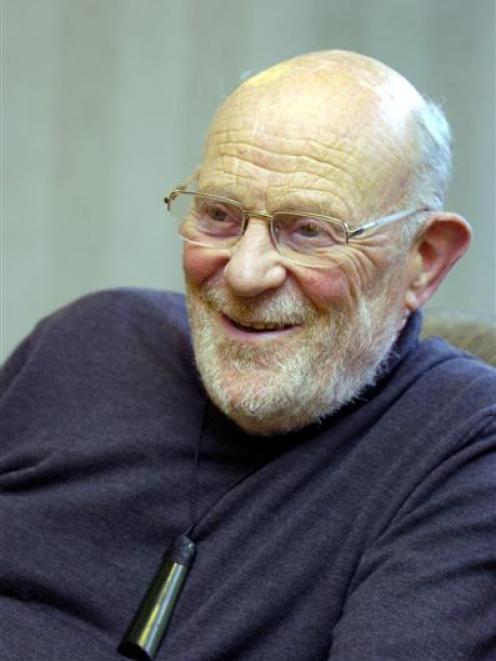 Paul Oestreicher
Every form of fundamentalism threatens "the glorious liberty of intellectual and spiritual exploration and discovery", the Rev Dr Paul Oestreicher warned in Dunedin.

A distinguished University of Otago graduate and a former chairman of Amnesty International UK, Dr Oestreicher was commenting during an Otago University graduation ceremony on Saturday.

More than 370 graduands, mainly in humanities and in health sciences, graduated in person at the Dunedin Town Hall ceremony, during which Dr Oestreicher was awarded an honorary doctorate of divinity.

He urged all graduates to keep an open mind.

No scientific theory, medical textbook, manual of law, philosophy, Bible, Koran, or Pope had "the last word in wisdom".

"If there is a God, we are all God's children."

There was wisdom in being a "humble agnostic, enjoying the mystery and wonder of life" - and in his own case as a Christian agnostic.

Being a liberal and having an open mind did not mean that "anything goes".

"Rules and good laws were needed in order to live creatively with each other."

Anarchy was a "dangerous form of self-indulgence".

The Otago University vice-chancellor had been wise to "reach for the rule book" when "a bunch of students made the good citizens of Dunedin run for cover", he said, apparently referring to the disorder at a student toga parade during Orientation in February this year.

"That story even made the papers in Britain."

There was also wisdom in knowing when to challenge authority and convention by creative and costly disobedience.

That was why he was dedicating his graduation comments "to the memory of a visionary and courageous Otago farmhand, Archibald Baxter, who, with a handful of others, had the audacity to say 'No' to the senseless slaughter of the First World War."

New Zealand's leaders had effectively dragged Baxter to the trenches in France, and threatened to kill him but had failed to break his spirit.

His autobiography, We Will Not Cease, was now a New Zealand classic and should be a school textbook, alongside the story of Gallipoli, he said.

Governments continued to exploit young people by teaching them to kill those held to be a threat, "rather than find non-violent ways of overcoming conflict".

It gave him great pleasure, and cause for hope that Otago University had included peace and conflict studies in its academic ambit, he said.

He has spent most of his life in England.

He now lives in Brighton, England, with his wife, Prof Barbara Einhorn, who has an Otago University doctorate in German.