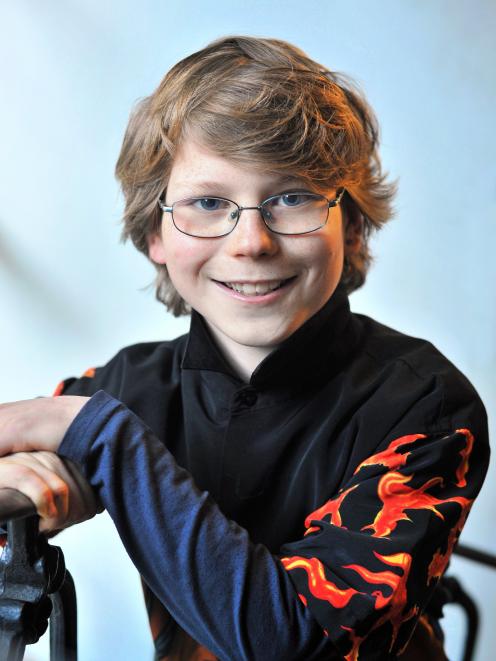 The Tahuna Normal Intermediate pupil will perform as "Billy" in A Doll's House at the Regent Theatre next Friday and Saturday.

His part in the touring New Zealand production is played by local children at each location.

The play is a modern adaptation of Henrik Ibsen's 1879 classic.

Dimitri said, at this stage, he knew nothing about the part except he was the son of the main character.

He did know it would be a relatively small part involving singing and perhaps riding a bike on stage.

He went to the audition at his mother's suggestion.

"It was really just fun and games, seeing if you can sing and follow the director's instructions."

The young actor would likely have only one day of rehearsal but he was not feeling too worried.

"I've done quite a few performances," he said.

It will be his fourth time on the Regent stage, after several performances in the school showcase Stars on Stage.

Dimitri has also, with his father and sister, performed acrobatic circus acts.

He loved being on stage, he said.

"I really like being dramatic a lot of the time."

The play takes the original concept of power and gender dynamics of a marriage and places them in present-day New Zealand.