Young butchers are a cut above 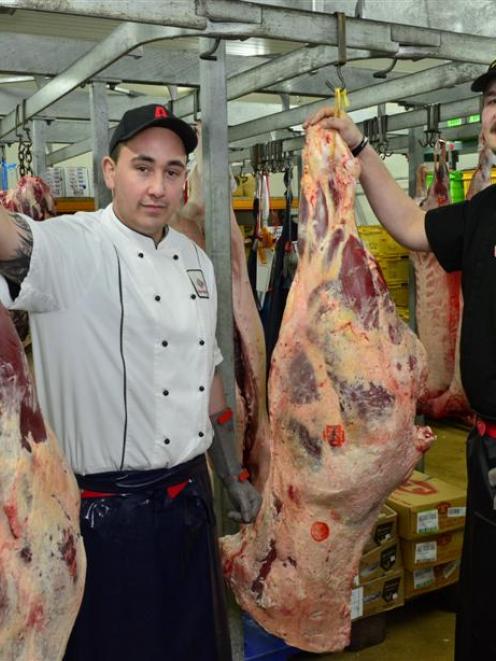 Simple advice, but the man should know a thing or two about the subject, having won the Alto Young Otago Butcher of the Year title for the third year in a row.

"All I can do now is quote Peter Leitch and go for gold in the nationals," he said.

He and Retail Meat Industry Training Organisation Otago-Southland butcher apprentice of the year Caleb Slipper, of New World Centre City, will travel to Auckland to compete in the national final on August 24.

They will be tested on cutting technique, sit an exam and be interviewed. Mr Holdaway would also compete in an on-stage challenge.

"It's all looking quite fun," he said.

He started his butchery apprenticeship when he was 15, qualified when he was 18, and loved every minute of it.

The best part of the job was "building rapport with customers" and "the look on their face when they get the perfect cut of meat and they go home happy".

His favourite cut was a T-bone steak because it offered the "best of both worlds - a porterhouse and fillet steak for a fraction of the price and a bone to chew on at the end".

A common piece of advice he gave to people was not to salt steak before cooking it, as salt cured meat and drew out moisture. Holding off on the salt until the first side was seared "sealed the juices in".

He believed he had won the regional young butcher title for three years running because of training from "great butchers" during his career.

Mr Slipper recently qualified as a butcher, after working as an apprentice for the past three years. He enjoyed the early mornings and busy environment.

The grand final would be a "bit of a challenge" but he was looking forward to the experience.