Young Maori are being admitted to hospital with acute illnesses at a significantly higher rate than non-Maori of the same age, according to a report by a University of Otago research unit being released today.

The report is being hailed by Dunedin School of Medicine associate professor of Maori health Joanne Baxter as a "very important resource for the health sector".

"Factors such as poor housing reinforce the continued need to address childhood poverty and inequalities in unemployment and economic outcomes," she said.

The report, The Health of Maori Children and Young People with Chronic Conditions and Disabilities in New Zealand is the first in a series commissioned by the Ministry of Health and produced by the New Zealand Child and Youth Epidemiology Service, at the University of Otago.

It found hospital admissions for young Maori (aged under 24) for rheumatic fever were 23 times higher than non-Maori admissions, the rate for bronchiectasis was 5.4 times higher, and 7.6 times higher for chronic rheumatic heart disease.

Young Maori were almost twice as likely to be admitted to hospital for type two diabetes.

Assoc Prof Baxter, who was part of the team that interpreted the data, said the report had significant implications for family and health services.

"I think these figures would make anyone feel concerned and the cases appear to be more frequent. No-one wants to see the long-term implications [of these illnesses]."

Between 2005 and 2009, 416 young Maori were admitted to hospital with acute rheumatic fever compared with 62 non-Maori.

In the same period, 173 young Maori were admitted for bronchiectasis compared with 162 non-Maori, which translates to young Maori being admitted 5.4 times more per 100,000 head of population.

The figures were gathered from hospital admission data, not through GPs or specialists where the majority of routine care takes place, suggesting the numbers represented were an "under count".

"It highlights that there is a problem there but there are many opportunities to tackle this," Assoc Prof Baxter said.

"There are a number of initiatives, for example, those aimed at improving housing.

"There is also a programme being run in Auckland to try to prevent rheumatic fever, which is proving successful."

She also attributed factors such as quality of housing, overcrowding, nutrition and a lack of access to primary health care, particularly after hours, as the main factors for the results.

"There needs to be a closer look at housing policies with heating and insulation. There also needs to be better access to GPs and after hour services."

Green Party co-leader and Dunedin MP Metiria Turei said some of the findings were alarming.

"I think this is a very serious problem and it is further evidence that poverty is a problem to the Maori community. It shows the significant gap between Maori and Pakeha."

She said the report was "very relevant" to Dunedin.

"Fuel poverty is a huge problem here. The biggest issue is getting enough money so people can heat their houses and keep their kids warm and dry," she said.

The report is being officially released in Auckland today.

Medical ills
Bronchiectasis: A chronic respiratory condition associated with recurrent respiratory infections which may lead to long-term respiratory disability.
Rheumatic fever: A delayed inflammatory reaction which develops in response to a streptococcal throat infection. It can affect the heart, joints, brain, skin or subcutaneous tissue.
Rheumatic heart disease: A progressive condition resulting in damage, scarring and deformities of the heart valves. 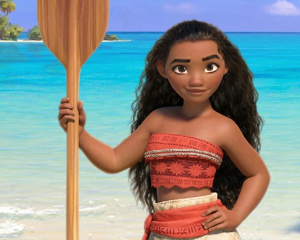