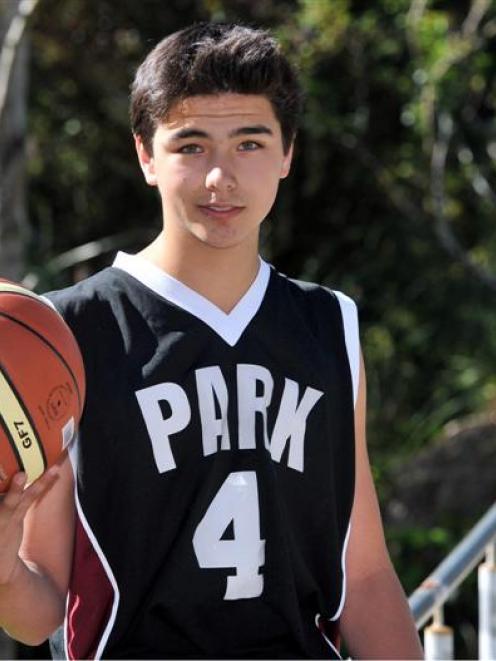 Promising Logan Park High School basketballer Jaren Roy. Photo by Craig Baxter.
When you are busy mapping out a future for yourself in basketball, the last thing you expect is a call from an Australian rules football club.

So, Jaren Roy was taken aback when St Kilda called wanting more information. The year 10 Logan Park High School pupil was not quite sure what to make of it.

''At first I was really, really surprised because I don't know anything about the game,'' he said.

Jaren had travelled to Albury, New South Wales, in January for a basketball tournament with a New Zealand under-16 development team and captured the AFL club's attention with his performances.

''They called about a week ago and they are wanting some information like my height and weight and all that kind of stuff. If they are still interested then I think they will send some scouts over to do some testing and see what happens from there.''

The out-of-the-blue phone call prompted a little online research into Australian rules. But despite being curious and willing to keep an open mind, Jaren is focused on his basketball.

''I'm pretty set on basketball, although this is always a possibility,'' the point guard said.

He is hoping to follow in the footsteps of Mark Dickel, his mentor and coach. Dickel, who attended Logan Park in the early 1990s, is a player-coach for the Otago Nuggets and has enjoyed a long professional career, playing in some top leagues.

''It is really incredible to have someone of his calibre come back and coach us and help us get there as well.''

Jaren's long-term goal is to secure a scholarship to play college basketball in the United States.

His father was a handy basketballer and both his brothers play as well, but Jaren's first love was football.

''I kind of held off [playing basketball] thinking that soccer was where I wanted to go. But I tried it out in year 6 and loved it so I carried on with it.''

Perhaps the same will be true for Australian rules.