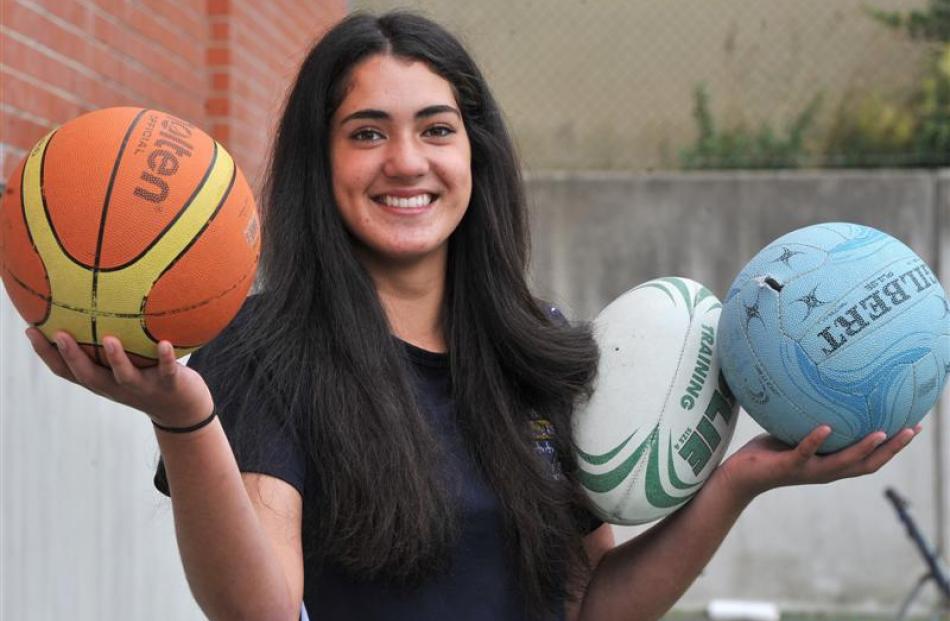 Life is a balancing act for Otago Girls' High School pupil Kiano Pelasio, who knows how to successfully mix three sports with schoolwork.

She has played for Otago junior teams in touch, netball and basketball.

Pelasio was a child prodigy at netball and started playing the game at the age of 7.

She has always been a key member of Otago provincial teams and her highlight in the sport was to attend the New Zealand youth development camp in Cambridge in 2012.

Touch is the sport in which she has made the most progress since starting the game at the age of 9.

Last year, she was in the New Zealand under-15 team that played in the Australian state championships on the Sunshine Coast.

Pelasio enjoys all the sports she plays.

Touch is full-on in the summer and she trains or plays the sport most days of the week.

''Netball is not so full-on in the winter months and I have more time for myself,'' she said.

Sport is an important part of Pelasio's life.

She understands that academic grades are also important and has good advice for others who would like to follow in her footsteps.

''You have to train heaps and get a good balance between sport and school work,'' Pelasio said.