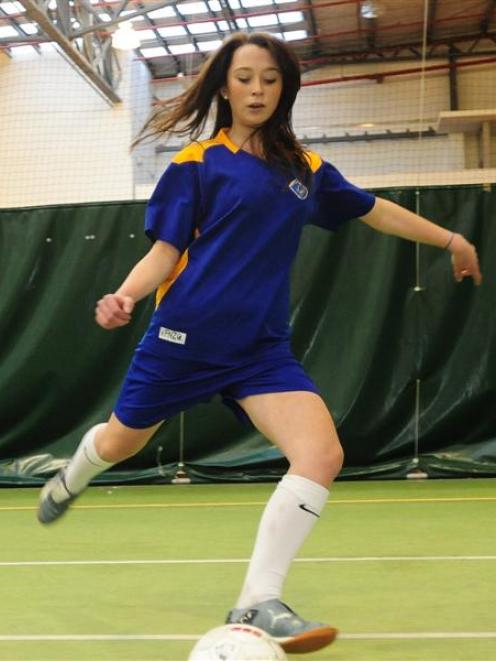 Rhea (16) was born in Scotland and emigrated to New Zealand with her family 14 years ago.

"Dad still plays football and is fanatical about the game," Rhea said. "I've always been into soccer and just love the game. I made the Otago junior team when I was 11."

Rhea plays senior women's football for Technical and has been captain of the Otago junior team for the last two years.

She also plays futsal and was a member of the New Zealand team that finished runner-up to New South Wales in a major tournament in Australia in January. She scored four goals at the tournament.

The New Zealand team won three of its six games, drew won and lost two. The other Otago schoolgirls in the team were Courtney Dunne and Olivia Marshall, of Otago Girls' High School, and Joanna Flamank, of Taieri College.

Futsal is an abbreviated football game and can be likened to twenty/20 cricket. A team has five players on the indoor court.

Rhea started the sport at Tahuna Intermediate and she has the all-around strengths that are suited to the game.

"It's fun, its physical and I can use my soccer skills," Rhea said. "I like the fast pace."

Rhea was invited to a skills improvement programme in Brazil in November but had to turn down the offer because the cost of $10,000 was out of the financial reach of her parents.