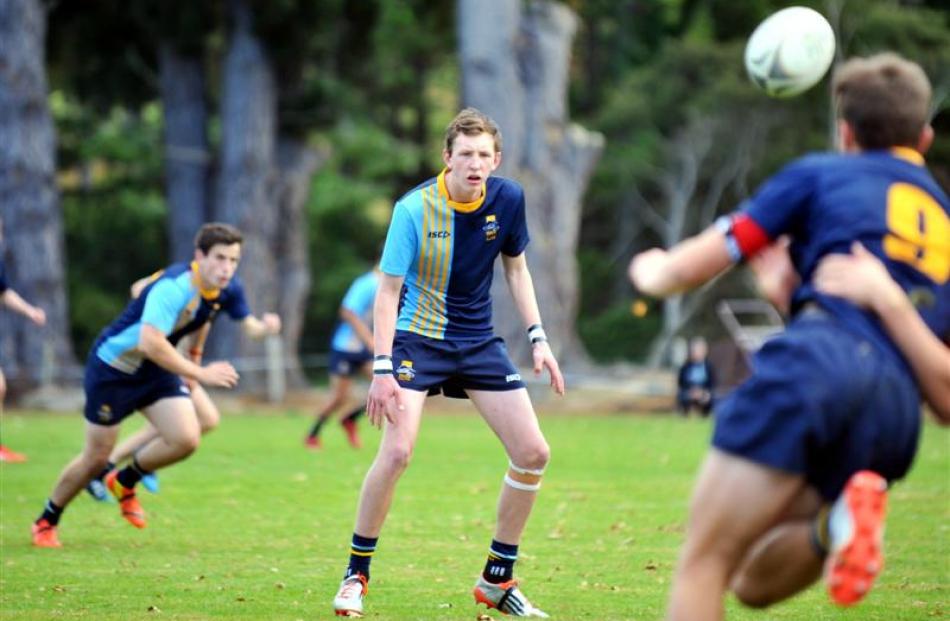 Our first XV has returned to the top grade of secondary schools rugby. The squad has been training hard under the leadership of principal David Hunter and deputy principal Mike Newell. With some very close games already, the team will be looking to build upon these results during the season.

Otago is hosting the New Zealand secondary schools cross-country at the Gladfield golf course next month. The opportunity to compete at this event has seen the formation of a cross-country training squad. This squad, made up of mainly junior pupils, is looking forward to the event.

Hockey has undergone a period of growth at Taieri College. The third team is a special team - College United - made up of players from Taieri College, Kavanagh College and Kaikorai Valley College. Through the efforts of different people at those colleges, pupils have been given an opportunity to play hockey where they might not have otherwise.

All the winter sports teams have started and we are training towards the new Central Otago competition coming up at the end of term two.

Sean Kennedy (17) won his age-group section of the Otago powerlifting championships in April and will compete at the South Island finals in Christchurch next month to qualify for the national championships.

Logan Park has had nine teams competing in the various futsal competitions. The junior boys team is now the Otago champion after winning the recent tournament.

Winter sports are well under way with good participation rates across all codes including rugby, netball, hockey, badminton, basketball, football and ice hockey. There are more than 70 pupils playing basketball and, in football, the girls first XI had a 9-0 win over Kaikorai Valley College.

Both girls and boys hockey teams have made promising starts to the season with a view to building up for the South Island tournament next term. The badminton teams continue to be competitive in the local competition with Otago representative Punn Ruayruen leading by example. The four netball teams have had wins and the school's netball development plan seems to be paying off.

Pupils have appreciated the coaching courses run by Sport Otago, and several senior pupils have graduated as coaches in diving, touch, futsal and volleyball. Others will graduate at the end of the winter training sessions.

There has been enough interest for a football team this year and dodgeball is still a popular choice, particularly with year 9 and 10 pupils. Netball, basketball and hockey are strong at all year levels and there is a big group playing rugby for the Eastern club.

Olivia Ollerenshaw recently competed in the Christchurch duathlon at Orana Wildlife Park. From this event she has qualified to compete at the world championships in Adelaide in October.

Kiana Pelasio was the Otago touch junior player of the year and most valuable player at the national under-17 tournament. Kiana also attended the New Zealand secondary schools netball trials.

Ava McFadgen recently competed in rhythmic gymnastics at the Queensland championships in Brisbane. She was third in clubs and fourth overall.

The senior A netball team was invited to a festival of netball hosted by St Margaret's during the holidays. The team played 10 games over three days, winning four, drawing two and losing two. The highlight was beating the overall winner, a representative team from Newcastle in Australia.

The St Hilda's B team has won senior section two, going through round one unbeaten in the local competition, and has been promoted to section one.

Danica Davies has returned from the New Zealand schools athletics team's trip to California, where she competed in the San Francisco State University Distance Carnival, the Bryan Clay Invitational and the Arcadia Invitational. The Arcadia Invitational is the most prestigious high school multi-event competition in the United States, and only about 20 people qualify for it. Danica competed in the heptathlon and finished in seventh place with seven personal-best performances, including four Otago records. She won the shot put component of the hepathlon.

Felix McDonald and his coach, Megan Gibbons, have been selected to participate in Athletics New Zealand's Pathway to Podium programme. Felix will be able to access a support programme that will include competition opportunities, plus exposure to, and the education of, the requirements of high performance through camps and other event-specific initiatives.

Jordan Hand and James Te Pairi have been selected for New Zealand sides after another successful touch season in which King's was the South Island schools champion.

The King's senior softball team completed its season by winning the South Island schools division two championship. Nathaniel Wallace-Neil has been selected to play softball in the New Zealand under-15 ISA team later this year.

The busy winter sport season has kicked off in the past two weeks and King's has had two of its annual exchanges, against Shirley Boys' and Waitaki Boys'. Games were evenly contested, resulting in a 4-3 loss to Shirley and a 8-8 draw with Waitaki.

Two of McGlashan's top-performing codes, rowing and tennis, had to settle for meritorious but agonisingly close fourth placings at national events. The under-17 coxed quad missed a medal by a half a boat length after storming home in the last 500m at the Maadi Cup. The senior tennis team came equally close to a medal at the national championships in Wellington. Carlos Reid and Mitchell Sizemore were selected No 3 and No 4 respectively for the Otago men's tennis team. Rowing was also rewarded when it received 10 blues of the 32 awarded at the recent ceremony.

Joshua Homersham has just been named in the New Zealand weightlifting team to attend the Oceana championships in Papua New Guinea in July.

The Dunstan rowing squad performed exceptionally well at the Maadi Cup, with many in the squad making it through to finals. The week was topped off by a gold medal-winning performance from the under-17 girls double sculls crew.

The boys softball team headed to Dunedin for the South Island schools division two championships and finished third after some great performances during the week.

The kayak squad competed in the national schools championships, claiming the trophy for top co-ed school and top freestyle school.

Hockey is also up and running with the school fielding a first XI for both boys and girls for the first time in many years.

The school netball squads have been finalised and each team has been training hard in preparation for their upcoming grading games. The clay target shooters have been busy honing their skills as they prepare for the beginning of their season.

Georgia Hamilton is the New Zealand champion for waterskiing slalom in the junior girls age-group.

The national championships were held at Lake Wiritoa, Wanganui. Georgia had to post a personal-best score of four buoys on the 14.25m line with the boat at 52kmh to win.

Lydia Shirley (year 12) was selected in the Southern under-21 hockey team for the national tournament.

Athletics has had a busy term with Otago, Otago-Southland and South Island competitions. Many placings were gained as well as records broken. At the South Island championships, Maddy Spence broke the 300m hurdles record and the senior 4x400m relay team broke the record by 5sec.

The senior A water polo team competed at a tournament in Invercargill and placed fifth.

Rileigh Fields has been selected in the South Island badminton team to compete in the Australasian under-17 championships in June. She was also named Tennis Otago under-16 girls player of the year and most improved senior female player of the year.

• These articles are compiled by the Otago Secondary Schools Sports Association (OSSSA), which is proudly sponsored by Perpetual Guardian.