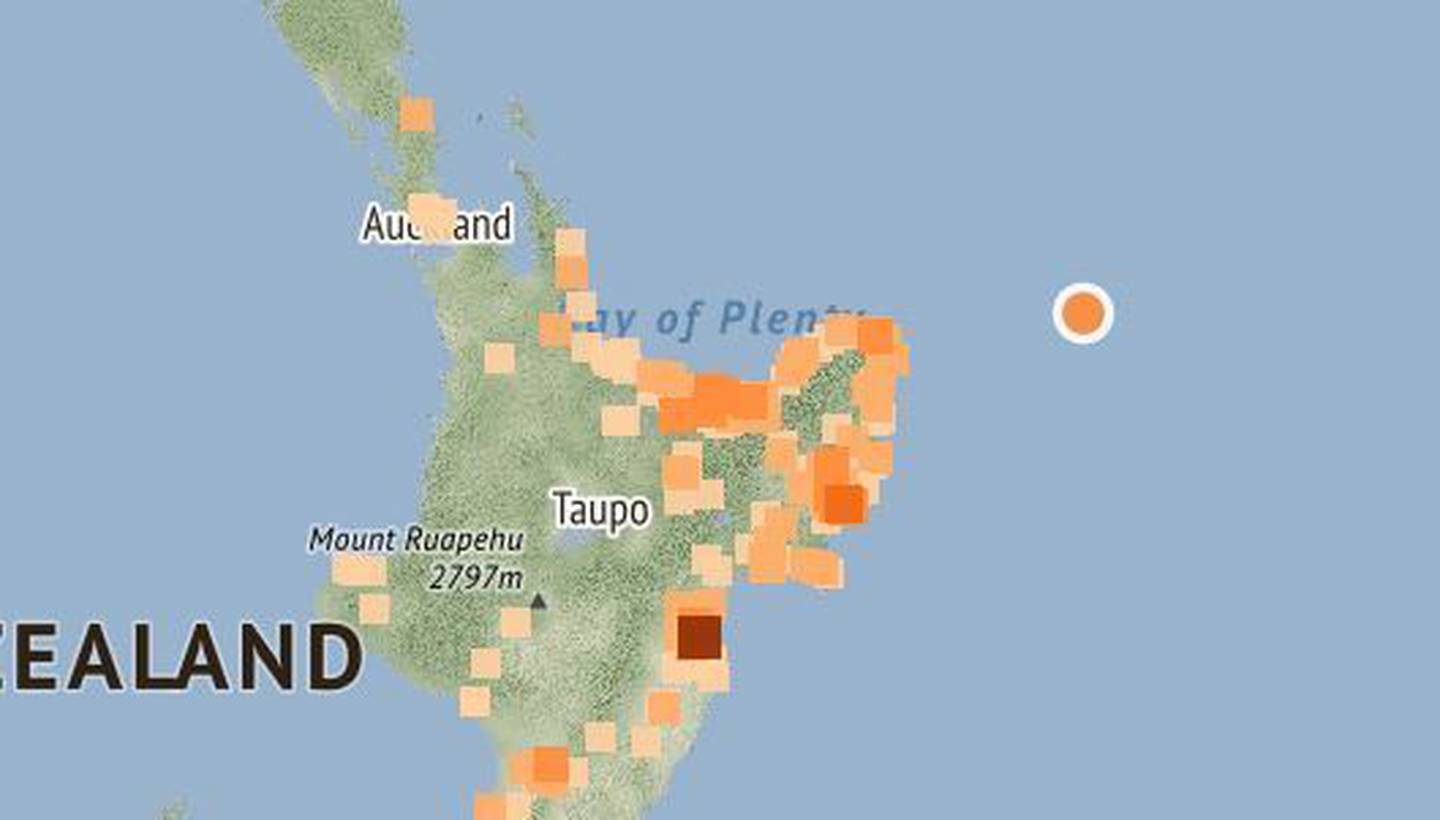 Today's 6.1 earthquake struck at 1.16pm 140km east of Te Araroa at a depth of 33km. Photo / GeoNet
Aftershocks are continuing to rattle the East Cost of New Zealand, following strong earthquakes that forced people in the North Island to get to higher ground yesterday.

A magnitude 6.1 earthquake struck off the coast of the North Island this afternoon - the biggest since Friday morning's magnitude 7.1 quake that struck at 2.27am.

GeoNet reported the shaking as "moderate".

A number of people took to social media to report what they felt.

"Gisborne. That was a good one, felt like it last for a full minute of strong but gentle rocking," one person wrote.

Another said: "That definitely got the heart going!! Was hoping it wasn't going to get worse."

The 6.1 quake comes after a number of small tremors had been felt off the coast of East Cape overnight and this morning.

A 4.7 quake was registered at the same location and depth, at 7.58am today. GeoNet labelled it "weak".

A flurry of 12 small earthquakes registering between 3 and 4.7 also occurred between 6pm and 9am off the coast of Te Araroa.

GeoNet said the most likely scenario in the next 30 days is that further quakes of smaller magnitude will occur - and less often.