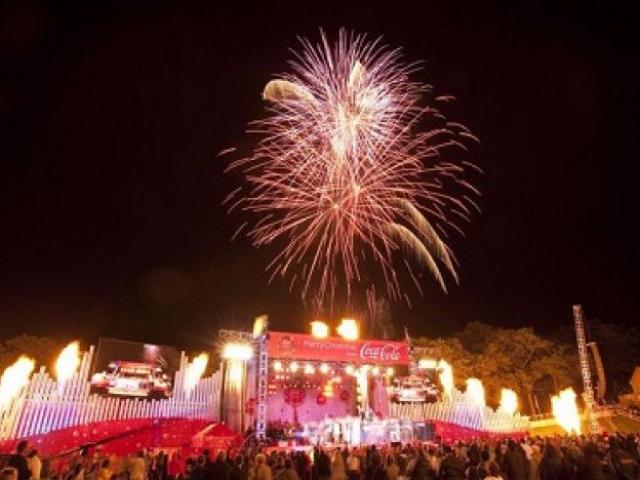 A mother is calling for a ban on alcohol at a popular family event after her son was assaulted and left in serious condition. Photo: Newsline
Calls are being made to make one of Christchurch's biggest family-friendly events alcohol-free.

Police received several reports of disorderly behaviour and assaults, all involving youths, during and after the annual Christmas in the Park, which attracted 40,000-50,000 people, at Hagley Park on Saturday

But event spokeswoman Deborah Delaney said it was run well and there were no alcohol-related incidents.

“We never have any alcohol problems," she said.

"It has always been a nice family event. It’s a free event, so we don’t have any gates.”

However, a woman whose son and friend were assaulted and robbed, leaving her son in a serious condition, says alcohol played a big part in the disorderly and violent behaviour at the event.

“I think there should be no alcohol involved," said the woman who did not want to be named.

"I think they should do it alcohol-free and have more security and policing - it would help.

"Even if they do a family section for young children and then another side for people who don’t have younger children.

“I do think the events are getting worse. It’s unfortunate, too, because we enjoy it quite a lot.

"I have three boys and my 10-year-old won’t feel safe going anymore. I think it might put me off next year actually."

Her 17-year-old son was punched to the ground, kicked by the group and knocked unconscious.

He has a suspected fractured eye socket. His friend was also punched and had his cellphone stolen.

A police spokeswoman said there were several assaults at the event.

A 19-year-old male was arrested and charged with aggravated robbery and two people were referred to Youth Aid.

St John spokesman Gerard Campbell said five patients treated at the event appeared to be the victims of assault.

A police operation with additional staff was assigned to the event and was dedicated to preventing harm, he said.

He declined to comment on whether the event should be alcohol-free.