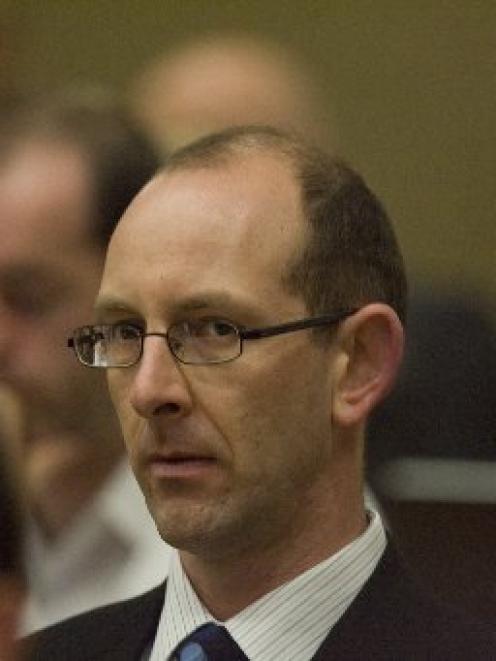 David Bain
Justice Ian Binnie accepted David Bain's version of events surrounding the murder of his family without question, except where it was directly contradicted by other witnesses, Justice Minister Judith Collins said today in criticising Justice Binnie's report for compensation for wrongful imprisonment.

And instead of requiring Mr Bain to satisfy the judge he was innocent, Mr Binnie imposed an onus on the Crown whenever the Crown suggested facts inconsistent with Mr Bain's innocence.

He therefore skewed the findings towards innocence, Ms Collins said.

At issue is whether David Bain - who was acquitted in 2009 for murdering his family in 1994 - should be compensated for wrongful imprisonment.

Dr Fisher's report said "logic and experience suggest that if a suspect has lied in denying his responsibility for the crime itself, he will scarcely shrink from lying about the details.

"For the purposes of drawing inference from surround facts, most decision-makers will prefer sources other than the suspect.''

He says Dr Fisher's complaints are "academic and theoretical and indicate little familiarity of the case.''

Mr Binnie also makes reference to the Herald story of September 10 saying that Mr Binnie's confidential report recommended compensation and suggests he has been blamed for a leak.

"What is particularly galling in Mr Fisher's commentary is reference to 'the well publicised recommendation that compensation be paid','' Mr Binnie said in his email to Ms Collins.

"At the time this 'publicity' appeared in the New Zealand press, the only people who had my report were the ministry and myself. If the leak occurred, it had nothing to do with me.''

At a press conference today Ms Collins, referring to Dr Fisher's report, said the errors in Mr Binnie's report were extensive and serious.

• Items of evidence that did not prove a subsidiary fact on the balance of probabilities were disregarded, which meant important evidence like blood stains on Mr Bain's clothing and broken glasses were excluded.

• Justice Binnie regarded the acquittal as something that was relevant to whether Mr Bain had proved his innocence.

• An acceptance of Bain's version of events without question, except where it directly contradicted other witnesses.

• Justice Binnie arrived at a provisional conclusion of innocence based on one item (luminol footprints), followed by a serial testing of that conclusion, instead of considering the cumulative effect of all evidence - an approach Ms Collins said skewed the findings towards innocence.

• Justice Binnie's approach was generous to Mr Bain in its reliance on background facts sourced from him.

• Instead of requiring Mr Bain to satisfy him on the balance of probabilities, Justice Binnie imposed an onus on the Crown whenever the Crown suggested a factual possibility inconsistent with Mr Bain's innocence.

• He relied on innocent openness' defences to turn incriminating admissions or clues into points thought to support Mr Bain's genuineness and credibility.

• Going beyond his mandate, Mr Binnie did not have authority to conclude whether there were extraordinary circumstances, or make a recommendation on whether compensation should be paid.

• Instead of founding conclusions on the evidence available to him, Justice Binnie drew an adverse inference to the Crown where, in his view, the police ought to have gone further in their investigations.

• In finding serious wrongdoings by authorities, Justice Binnie paid no regard for the need for an official admission or judicial finding of misconduct, and treated as 'serious misconduct' actions that were not deliberate, not done in bad faith.

• Justice Binnie criticised named individuals without giving them the right to respond.

Police say they do not accept Justice Binnie's opinion that the police investigation contained egregious errors.

''The Dunedin police were experienced officers,'' a statement says. "They had dealt with the Aramoana tragedy in which 13 adults and children were shot and killed, and had investigated two other familial homicides in close proximity to the Bain murders.

"This was a multiple homicide with a difficult scene. Reviews of that 1994 investigation found it was conducted in accordance with the standards or the day and without fear or favour.''

The statement acknowledged that some errors were made in the investigation, all of which had been thoroughly traversed by the courts.

"This is one of the most scrutinised police investigations and cases in New Zealand. It has been through two high courts, two courts of appeal and the Privy Council.

"No new points were raised by Justice Binnie that haven't already been extensively debated through the court process.''

- by Audrey Young of The New Zealand Herald

THE STORY SO FAR