The number of teens being locked up by police has plummeted, new figures reveal.

In the Southern district, the number of instances fell from 15 to eight over the same period.

Police say a push to keep young people out of the criminal justice system has led to the drop.

There were also more Oranga Tamariki places available, which meant police cells were no longer the only option, he said.

The reason young people offended were complex and varied.

"A lot of the young people police work with have suffered adverse life experiences and are often victims themselves.

"We are acutely aware that children and young people often offend as a reaction to events that occurred or continue to occur in their lives."

Research had shown that approaches conducted outside the formal Youth Court system were more effective in reducing crime, he said.

"Police youth services work with young people and their whanau to improve outcomes for them and to prevent the trajectory into the justice pipeline."

Dunedin barrister and youth advocate Brian Kilkelly said he was pleased with the drop in numbers.

There had been positive changes made across the youth justice system in this area over the past few years, he said.

"Generally their view is, as is mine, that a police cell is no place for a young person."

While the changes did not necessarily reduce the risk of some teens reoffending, for others it did have an impact.

He recalled some cases where remanding youths in Oranga Tamariki custody in Dunedin had led to a change in attitude because of the way the facilities were run, Mr Kilkelly said. 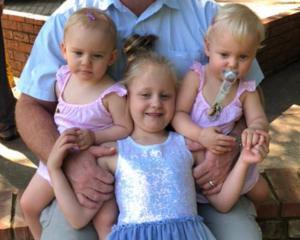 I wonder if there is a connection with how many now ride around in overloaded cars with someone in the boot.
Young people will always engage in stupid behavior because they don't have the capacity to consider the consequences of their actions. Wrapping them in cotton wool from a young age does not allow this learning to happen.

"While the changes did not necessarily reduce the risk of some teens reoffending, for others it did have an impact."
A meaningless statement to justify someone good intentions.
If reoffending and acts of stupidity are not decreasing then the consequences of the policy is more crime victims, more societal anxiety about crime and more injury.
Only a reduction in ED visits, crime rates, suicide rates, drug & alcohol consumption, youth involved accident rates will confirm if this policy is of benefit to our youth and society in general.
Passing the problem from police and the justice system to Oranga Tamariki is NOT a sign that things are better.