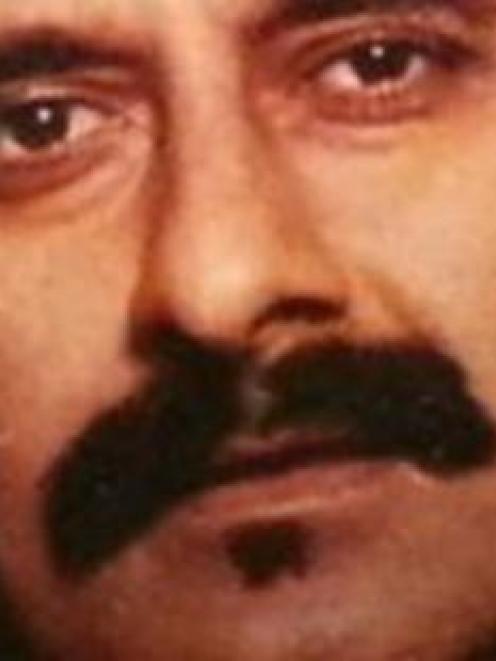 Arun Kumar
A 13-year-old boy has been charged with murder over today's death of Auckland dairy owner Arun Kumar.

Mr Kumar, 57, was allegedly stabbed in the neck during what police described as an aggravated robbery at Railside Dairy in Henderson.

Two boys, aged 12 and 13, were being spoken to by police this afternoon.

Both boys had been placed into the custody of a secure Child Youth and Family facility overnight, ahead of their court appearance in the Waitakere Youth Court tomorrow, police said.

Police arrived at the dairy on Great North Rd around 7:30am, Detective Inspector Bruce Scott told a media briefing at Waitakere Police Station this afternoon.

Ambulance staff gave assistance but Mr Kumar had allegedly suffered a wound in his neck and died at the scene. Mr Kumar's wife was with him at the time of the attack and was unharmed, police said.

Nothing was taken from the shop in the incident.

Mr Scott said police had gathered CCTV footage from the dairy and nearby shops and were speaking to witnesses.

"There's quite a few people out and about at 7:30,'' he said. He urged anyone else who was in the area at the time to contact police.

People at Mr Kumar's home in Henderson this afternoon said the family were too upset to speak to media.

Nearby shop owners described Mr Kumar as a "really nice guy"who was well known to other shop owners in that section of the street.

Lawyer Bernie Allen, from a nearby law firm, said he always bought his supplies from the dairy, and staff were shocked by news of the stabbing.

"They were the most beautiful couple you could ever meet,'' he said of the Kumars.

"We're feeling deeply for his wife. It's too early to understand it all but we feel like our precinct, our people, have been violated.''

He described the incident as inexplicable.

The area had some youth problems, Mr Allen said, but "not like this; this is not normal''.

He described Mr Kumar as "the quiet one", and his wife as a bubbly, outgoing lady. They were well known in the area, a busy section of shops and businesses, he said.

"They served us wonderfully and it will not be the same with him gone.''

John Tuapiki, who lives close by, went to the bakery next door to the dairy about 6am, before the shop opened, but didn't see anything unusual.

He was shocked to learn of Mr Kumar's death.

"He was a good man, a really good man. He would help the street kids, he would give drinks out, and bits and pieces, and when you get money you just go back and pay him, that's how good he was. He'd look after everyone.''

He described Mr Kumar as "very well known'' in the area.

It's understood the Kumars owned the dairy for about five years.

"This is an awful tragedy for the family. People involved in small retail businesses are vulnerable to this kind of attack.

"We need to do more about this challenge, but at the moment our thoughts and focus are with the family.''