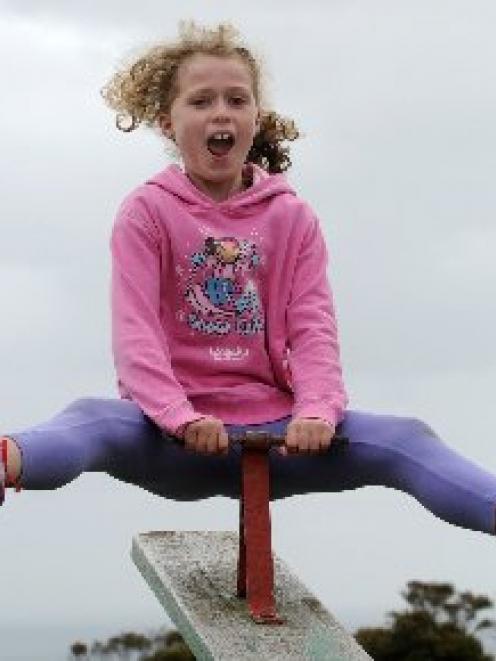 The Milo State of Play report, released yesterday, reveals that 46% of New Zealand children aged 8 to 12 are not playing every day.

It warns that a generation of Kiwi children will remember their childhood as one of computer games and other sedentary activities, rather than afternoons spent playing outside with friends.

The report outlines how a lack of play can lead children to become overweight or obese and also deprives them of an activity crucial to healthy brain development. It surveyed 168 children aged 8 to 12, 406 parents and 152 grandparents who see grandchildren in that age-group at least once a month.

Play was defined as an unstructured activity outside of school, such as backyard cricket.

More than one in three children said they had no-one to play with, one-third said they ran out of ideas for play, and parents said children struggled to amuse themselves without electronic devices.

Prof Grant Schofield, director of AUT University's Centre for Physical Activity and Nutrition, wrote in a foreword to the report that the findings were "astonishing".

"[Children] need to 'unplug' and venture into the backyard to let their imagination run wild.

Let them take some risks. Let them make mistakes. This is how they will learn."

He said an over-reliance on structured activities such as sports training or ballet was part of the problem.

Research in Britain showed today's parents spent more time with their children, but much of that was spent getting to and from organised activities.

"It's just as easy to open the back door, kick them outside, then start chucking a few cricket balls around."

He said other studies showed unstructured play was critical to developing the prefrontal cortex, a part of the brain that helps people to understand risk and control impulsivity and emotion.

"It's better to learn about risk and consequences and controlling your emotion when you are 8 and up a tree, than when you are 18 behind the wheel of a Subaru, getting chased by the cops."

Almost all adults surveyed in the study said they believed play was essential to a child's development.