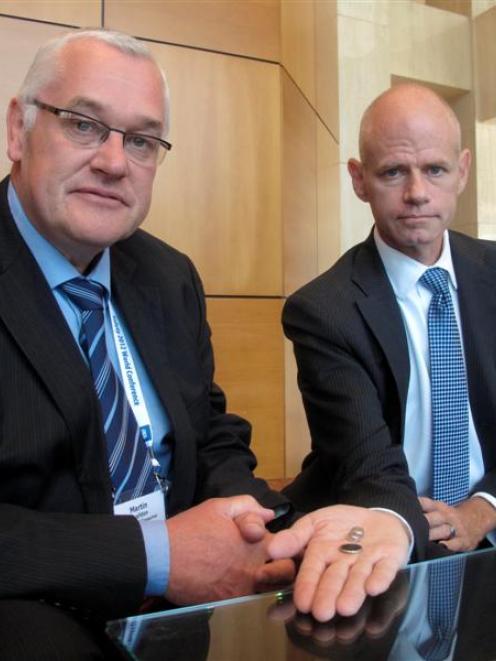 A special workshop held amid a gathering of academics and regulators this week in Wellington for the Safety 2012 World Conference is a chance to co-ordinate international efforts to reduce button battery risks, Ministry of Business, Innovation and Employment consumer affairs principal adviser Martin Rushton said.

In the United States, button-size batteries have caused deaths and permanent voice loss, and about 3500 swallowing cases a year are reported.

The workshop between consumer safety regulators from the United States, Korea, Japan, Australia and New Zealand today will involve medical experts and engineers to consider design changes and safety measures. Mr Rushton hoped a sense of "consensus" would emerge from the workshop, which was part of growing international co-operation in consumer safety.

When swallowed, hydroxide in the batteries (including used batteries) can burn through the oesophagus, voice box, and even the spinal column.

Removing the batteries within a couple of hours can prevent serious injury.

Mr Rushton said in New Zealand the problem had only been recognised in the past few months.

The batteries' use in toys and devices such as cellphones, hearing aids and remote controls was increasing.

Parents and grandparents needed to be careful to keep them in hard-to-reach places.