The case of China and the burgled kiwi professor 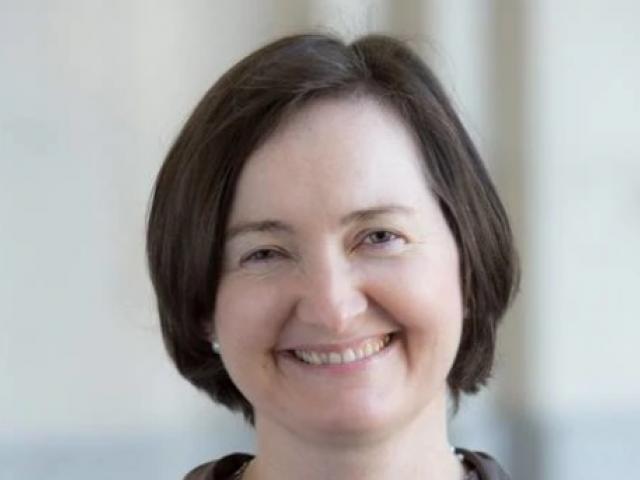 University of Canterbury professor Anne-Marie Brady has gained the repeated attentions of burglars since publishing a report detailing China's influence campaign in New Zealand. Photo: NZ Herald
An investigation into the burglary of a professor whose work exposed China's influence in New Zealand has led detectives offshore with inquiries raising questions over a possible intelligence operation.

Five police staff have worked over the past seven months investigating the February burglary of the home of University of Canterbury Professor Anne-Marie Brady, as well as other break-ins at her office on campus.

After months of silence this week police revealed progress had been made on the case, and Interpol - the international police co-operation agency - were also involved.
"This has been a complex case, but police do have positive lines of inquiry," the spokesperson said.

Police, while unwilling to comment further, said Brady had been kept "fully informed as the investigation progresses".

Brady told the Weekend Herald yesterday the long-running investigation had strengthened her belief - stated in testimony to an Australian parliamentary committee considering laws curbing foreign interference the day after the February 14 burglary of her home - that the break-ins were in direct response to her work.

"It was a psychological operation, it was intended to intimidate," she said.

Brady was pleased with the police's handling of her case.

"They looked seriously into all possibilities - exhaustively. This must surely be one of New Zealand's longest and best-resourced burglary inquiries."

Former police officer Tim McKinnell said the scope and duration of the investigation was "quite extraordinary" for a low-value domestic burglary investigation.

"The acknowledgement that Interpol is involved also points to something rather significant going on behind the scenes," he said.

It is understood the NZSIS - who have responsibility for protecting New Zealand from foreign espionage - is also working the case, although a spokesperson for the security agency said they had a "long standing practice of not commenting on what may or may not be operational issues".

The developments raise the prospects of diplomatic clash with China after Prime Minister Jacinda Ardern said in February if Brady's complaints about being targeted for her work were borne out her government would "be taking stock and taking action".

The Prime Minister was more reserved yesterday, with a spokesperson for her office saying: "It would not be appropriate for her to comment on an active police investigation."

Questions sent to the embassy for the People's Republic of China in Wellington about the case went unanswered yesterday.

The February break-in at Brady's home saw a range of electronic and data storage devices taken, while a jar left in the open filled with hundreds of dollars was ignored.

Brady said an old and broken laptop - used to write her major expose on China's activities in New Zealand last year - was taken, while another device in the same room was left alone.

Brady said police told her the strange selection of loot, and the "conspicuous mess" left - including messed-up bedding - was highly unusual. 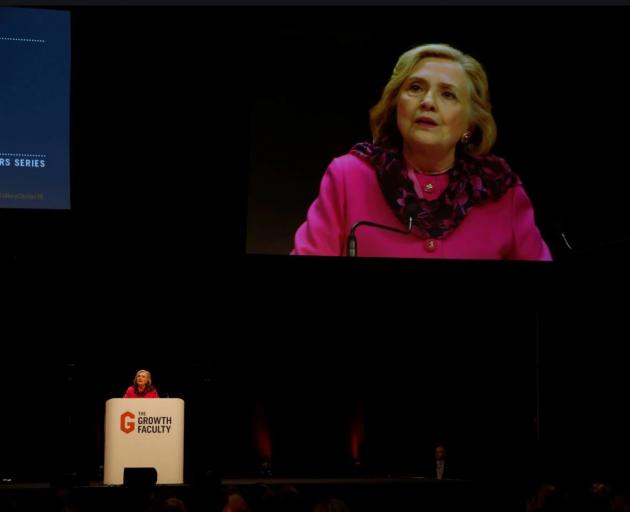 Hillary Clinton talked up Professor Brady's research during her speech at Auckland's Spark Arena in May. Photo: NZ Herald
She also said universities she had visited in China had been intimidated by officials from the Chinese Ministry of State Security about hosting her, and some were made aware of Beijing's displeasure about her statements about the break-ins to the Australian parliamentary committee investigating Chinese influence in that country.

Rhys Ball, a former NZSIS officer and now lecturer in security studies at Massey University, said there was one actor with a clear interest in Brady's research.

"The state we're talking about is the PRC," he said.

"The Chinese have had an understated intelligence presence in New Zealand for some time. I've been out of the business for a while, but I'd be very surprised if it's not still happening."

Ball left the NZSIS in 2001 and said he had no direct knowledge of the case. He said the break-ins may have been intended to either learn more about Brady's next research topic or identify sources who would now be in a vulnerable position.

"It might also be a way of sending a message - a way of conveying displeasure," he said.

Brady, a well-regarded Mandarin-speaking expert on China's foreign policy and Polar politics, has seen her international profile skyrocket over the past year.

In September she published a widely-cited paper titled "Magic Weapons: China's political influence activities under Xi Jinping", resulting in invitations to speak in Australia, Canada, the UK, the US, Japan, Denmark and Germany. 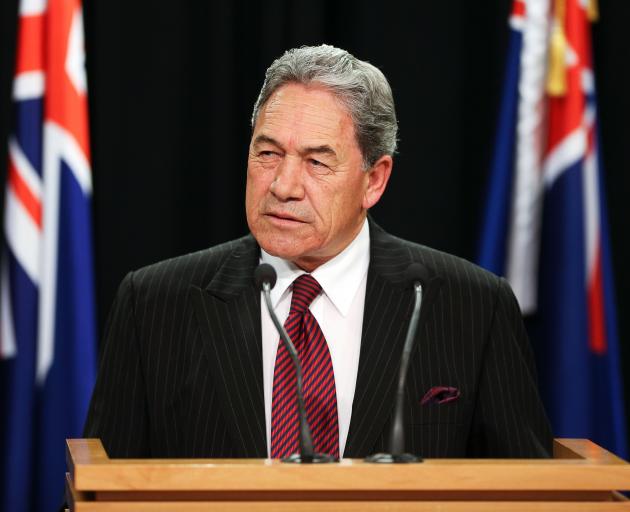 Foreign Minister Winston Peters says Interpol involvement in the Brady investigation suggests Police think there is an "international dimension" to the case. Photo . Photo: Getty Images
That paper detailed what she claimed was a nexus of political donations, and appointments of prominent New Zealanders to boards, linked to a broad political influence campaign led by the government of China with the aim of shaping New Zealand policy.

Earlier this year she visited Washington DC to present discuss her research with think tanks and the US Navy War College. In May her work was approvingly cited on stage in Auckland by former US presidential candidate Hillary Clinton.

"In Australia and here in New Zealand experts are sounding the alarm about Chinese efforts to gain political power and influence policy. Anne-Marie Brady of the University of Canterbury has rightly called this a new global battle. And it is just getting started. And we need to take it seriously," Clinton said.

The ongoing investigation, with suspicions directed offshore, threatens to pose a diplomatic quandary for the new government as Jacinda Ardern this week confirmed she was seeking to visit Beijing for the first time as Prime Minister within the next few months.

Massey University's Ball said if police or security agencies attribute the burglaries to China or groups closely linked to it, the government would face a dilemma given New Zealand's extensive trading partnership.

"I wouldn't want to be the Prime Minister or Foreign Minister, if proof came in, having to make the decision 'What am I going to say now?'"

Foreign affairs minister Winston Peters yesterday told the Weekend Herald he was aware the Brady investigation was under way, but not of its findings.

"If they're looking at Interpol, they clearly think there's an international dimension. As to what that means I can't really make any conclusions yet," he said.

Peters acknowledged the facts of the case meant it did not seem to be a typical burglary.

"That's a possibility, yes," he said.

He said he and his officials were yet to raise the Brady case with Beijing.

"No I have not, and I'm not aware of my officials raising it either – because whatever country was involved, they would not have the level of evidentiary proof that would be required to act," he said.

A spokesperson for the Prime Minister said: "New Zealand remains vigilant to the threat of foreign interference and has robust measures in place to protect our values, institutions and economy."