Family and friends of a missing White Island guide are praying desperately for his return from the volcano.

The New Zealand Herald understands Tipene Maangi, from Te Whanau a Apanui and Ngati Porou iwi, was among the people on the island when it erupted.

Police have said there are "no signs of life" on the island and they believe anyone who could have been taken from the island alive was rescued at the time of Monday's evacuation. 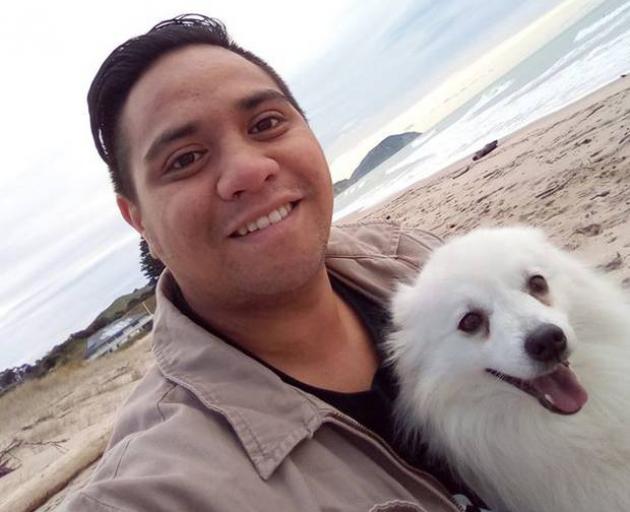 Tipene Maangi's family was still holding out hope. Photo: Facebook
Maangi's grandmother, who did not want to be named, was at Whakatāne Wharf this morning waiting for news of her 24-year-old grandson.

She said he had started with White Island Tours in September, and loved his job.

"We're hoping he may have found a cave but knowing him, he would have been helping others before he thought about himself."

The grandmother said she had travelled to Whakatāne from the East Coast yesterday when she heard the news that the island had erupted.

She said family were holding out hope.

Dozens of family and friends have posted to social media praying to Whakaari/White Island to give Maangi back to them.

"Give us back our whanauanga. It's time to come my bro our 'koro' Tipene Maangi," one said.

"We won't lose hope on you. Praying to hear you get off that ashy volcano today…. Hoki mai e hoa, nui te aroha." 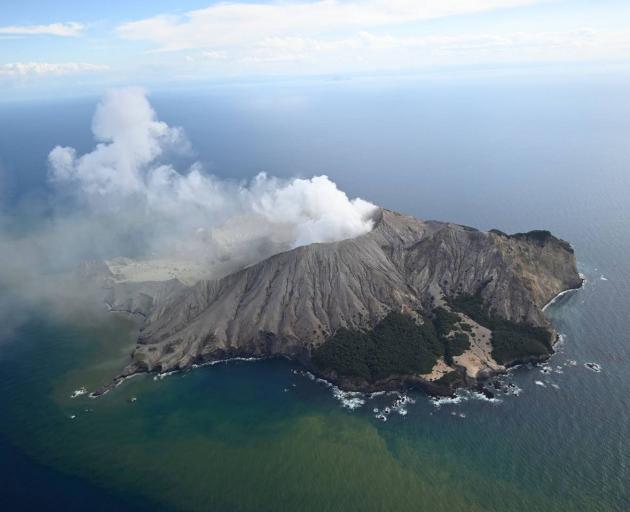 White Island erupted at 2.11pm yesterday. Photo: New Zealand Herald
Many spoke of Maangi's generous nature, saying - like his grandmother - he probably put others before himself.

"He probably made all the other people get off first & then keeping the rest of their spirits high," one friend wrote.

"Omg I hope he comes home. Thoughts are with all the whanau," said another.

Another friend said: "Make sure those choppers, drones or boats see you. Time to come home xx."

At a press conference this morning, police said five people had been confirmed dead, 31 were in hospital and eight were missing. The victims were New Zealanders, Australians, Americans, English, Chinese and Malaysians.

Some worked in the tourism industry.

A handful of locals have gathered at the wharf this morning to hear any news or developments. Some have stopped in to have a look on their morning walk or run.

Maori Wardens Rawinia Teepe, from Taneatua, and Alex Walker, from Te Teko, have been at the wharf all night.

Panelbeater Mike Fair is down at the scene.

He said people were made aware it was an active volcano before they visited.

"It's a risk you take. The tour guides aren't silly. If they knew it was going to go they wouldn't have gone.

Fair said his heart sank when he saw images of the survivors on television, "and now the shock hits".

The wharf entrance has been blocked off to keep the public and media out while crews come and go from the area.

"This is a terrible tragedy and our thoughts and prayers are with everyone who has been impacted."

Quinn said the company's immediate focus was on supporting the staff, manuhiri and respective whānau, who had been "significantly impacted were showing immense strength and courage".

"We acknowledge the considerable efforts from Police and Civil Defence and will continue to do whatever is necessary throughout the rescue operation."

The Police Disaster Identification (DVI) team are assembling in Whakatāne to await deployment.

A RNZN ship will approach the perimeter of the island at first light on Tuesday and deploy drones and observational equipment to further assess the environment as part of the recovery, the statement said.

The 105 police number can be used to submit information regarding friends or family who might have been visiting White Island during the eruption and those overseas can call People from +64 9105 105.