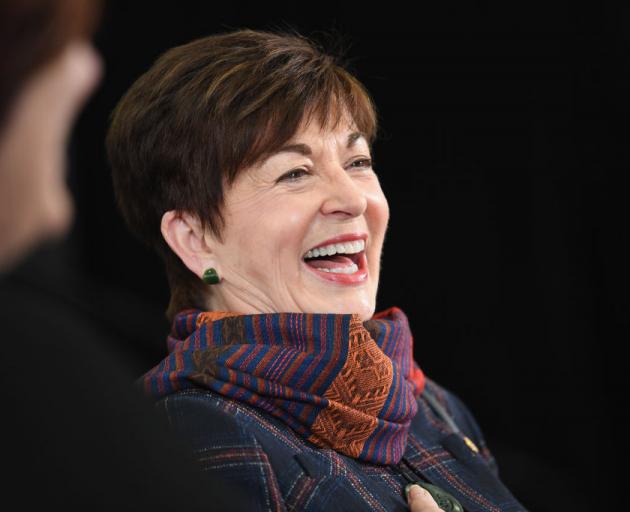 New Zealand's outgoing governor general, Dame Patsy, hopes to have an endangered parrot named after her as she leaves high office.

Prime Minister Jacinda Ardern congratulated Dame Patsy for her "tireless service" today, the last day of her five-year term as the Queen's representative in New Zealand.

"Today marks the end of an eventful term of office for Dame Patsy and I want to acknowledge and thank her," Ms Ardern said.

"She brought with her a passion for creativity, innovation and the arts, a deep commitment to the Treaty of Waitangi and the Crown-Maori relationship, and a desire to contribute to a strong, successful and vibrant Aotearoa New Zealand."

Dame Patsy was appointed by ex-PM John Key in 2016.

Her office estimates Dame Patsy gave more than 1200 speeches and convened 90 executive council meetings in her five years, travelling the width and breadth of New Zealand.

Her successor, Dame Cindy Kiro, will take the office on October 21, with Chief Justice Dame Helen Winkelmann acting as government administrator until then.

Her term has not been uncontroversial.

Conservative politicians have attacked Dame Patsy's willingness to wade into issues such as the Treaty of Waitangi, NZ's contested founding document, and climate change.

"I certainly welcome Dame Cindy Kiro but I hope that she is going to be a much more impartial apolitical agent as the Governor General, because it's a critical part of our constitutional arrangements."

Dame Patsy also made global headlines last month when she revealed Prince Harry and his wife Meghan considered moving to New Zealand in 2018.

Dame Patsy, a passionate conservationist, visited a breeding programme for kakapo - a rare flightless parrot - on a trip to the remote Whenua Hoa island in July, meeting a bird named Ian.

"I'm hoping there will be one called Patsy," she told Stuff.

A state farewell planned for earlier this month has been postponed due to New Zealand's Covid-19 outbreak.