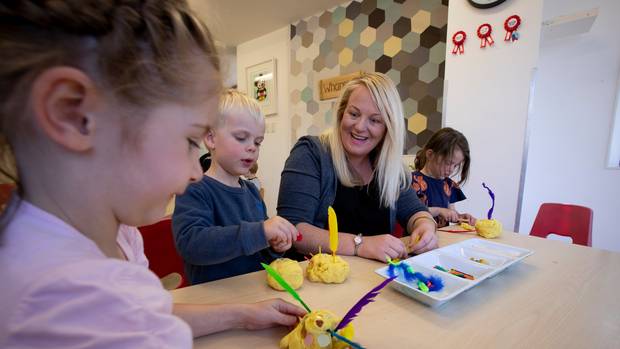 Katy Brown, centre manager at The Learning Corner in Ellerslie, says her qualified teachers earn between $24 and $28 an hour, and she is being forced to pay more. Photo: NZME
Early childhood centres are facing their worst-ever teacher shortage, creating a market where qualified teachers can get "whatever they want".

A survey by the Early Childhood Council has found that 30 per cent of childcare centres have unfilled vacancies for qualified teachers this month, with the average time required to get a suitable applicant up from 70 working days at this time last year to 97 days.

One Auckland centre, The Learning Corner in Ellerslie, has been advertising continuously all this year and has had only one suitable applicant, who turned the job down in the end after being offered a pay rise to stay where she was.

"There is so much opportunity for early childhood teachers to bargain that they can get what they like," said centre manager Katy Brown.

She has been in the sector for 19 years and said: "This is probably the worst I've seen it."

The dynamics in early childhood are different from schools, which are also facing a record teacher shortage, because most early childhood teachers are not unionised and negotiate their own pay individually.

Brown said her qualified teachers earned between $24 and $28 an hour, and she was being forced to pay more.

"There are so many new centres popping up left, right and centre," she said.

"There is so much opportunity for early childhood teachers to move and to bargain with them and they can get what they like."

She has asked a teacher to come back from maternity leave to help out.

"She's come back here with a 3-month-old baby and we are doing everything we can to try and keep her. At the end of the day it's a teacher's market and it's a big ask for her to drive here every day from Papakura," she said. 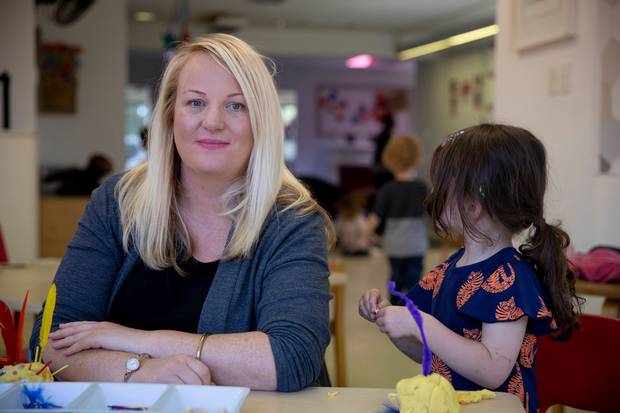 The Learning Corner manager Katy Brown at their Ellerslie centre.Photo: NZME
Early Childhood Council chief executive Peter Reynolds said the teacher shortage in preschools had developed suddenly, after a period when newly trained teachers could not get jobs after the former National Government axed extra funding for centres with 100 per cent qualified staff in 2011.

"Really this started for us 12 months ago. It has very quickly become a chronic issue," he said.

Early childhood teacher trainees have plunged even more steeply than primary and secondary trainees, with new domestic trainees more than halving from 3585 in 2010 to 1500 last year.

However the shortage has been driven more by a growing number of childcare centres competing for the remaining teachers. Early childhood enrolments grew by only 1.4 per cent in the three years to last year, but the number of services grew by 7 per cent and qualified teachers increased by 11.7 per cent.

Most of the growth has been in Auckland, where enrolments are up 8.1 per cent, the number of services is up 16.1 per cent and qualified teachers are up 12.5 per cent.

Herbert Sima, who owns The Learning Corner and five other Auckland centres, said the shortage in Auckland had tightened since Immigration NZ awarded extra points for work permits for jobs in the regions.

Reynolds said centre owners were facing a financial squeeze, being forced to pay teachers more but receiving only a 1.6 per cent funding increase in this year's Budget.

"There is a lot of cannibalisation going on in the market. All that is doing is moving the effects of the teacher shortage around," he said.

"I think there is a bit of a bubble that is going on at the moment and it worries me when that might burst."

The Ministry of Education is supporting a bid by the Early Childhood Council and other sector groups to add preschool teachers to Immigration NZ's essential skills priority list, along with primary and secondary teachers.

However Dr Sarah Alexander of the Child Forum advocacy group said she would oppose adding preschool teachers to the priority list because the real answer was to pay teachers more.

The minimum pay rate for a degree-qualified teacher required to qualify for state funding based on the numbers of qualified teachers has increased only 1.5 per cent since 2015, from $21.33 to $21.65 an hour.

Reynolds said there would be pressure to lift the minimum again when primary teachers agree on a pay increase, which will flow on to kindergarten teachers. But any increase in the minimum wage would require extra state funding.

Ministry of Education deputy secretary Ellen MacGregor-Reid said early childhood teachers were eligible for free refresher courses now being offered to school teachers, and may also be recruited from overseas as part of an overseas recruitment drive.

"We are developing a comprehensive education workforce strategy that will cover the early learning sector."