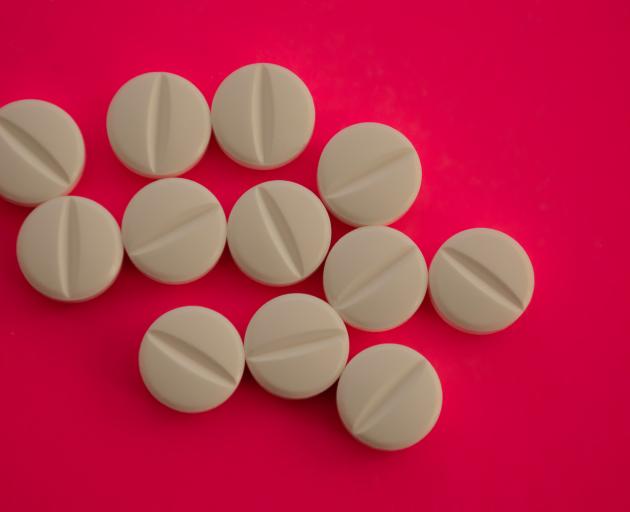 File photo: Getty Images
The drug that killed more than 100,000 Americans last year is now thought to be behind 12 overdoses in Wairarapa.


Fentanyl has been described by the United Nations as one of the world's deadliest drugs.

The United Nations Office on Drugs and Crime released its annual World Drug Report in Vienna today, estimating more than 100,000 people in the US died from a fentanyl overdose last year alone.

Now, experts here are calling for better prevention, before someone in New Zealand dies from the drug.

It is just the second time the drug has been found in New Zealand illicitly.

Five men and two women between 31 and 71 years old were admitted to Wairarapa Hospital, with another case thought to have gone directly to a Wellington hospital, the DHB said.

However, yesterday the drug information website High Alert said 12 people had been hospitalised due to suspected fentanyl overdoses over the weekend, all in the Wairarapa region.

Detective Inspector Blair Macdonald, from the National Drug Intelligence Bureau, said two people took the drug after buying what they thought was cocaine.

He said the bureau was still trying to find the supplier and how the drug got into the country.

"We are very, very aware that this drug will cause harm because it's highly active in such a small dose rate," he said.

"Really just a few grains of salt is an active dose."

Drug-harm reduction organisation Know Your Stuff said fentanyl was first identified in New Zealand in 2018, when it was sold as heroin.

Managing director Wendy Allison said its re-appearance was not unexpected, and in the four years since, New Zealand had legalised drug checking and developed a national alert system for high-risk drugs.

However, she said it was concerning the synthetic was now being sold as cocaine because people were more likely to snort it, which might cause quicker overdoses, and possible deaths.

"We can't rule out the possibility that it's more widespread and [that] we will see further cases," she said.

"Even if we don't in this situation, fentanyl has now arrived on our shores and based on what we've seen overseas it's likely that we'll continue to see instances like this popping up."

The Needle Exchange Programme said its Masterton branch would hold a pop-up drug checking clinic on Thursday after the spate of overdoses.

They have also ordered in more fentanyl home test strips and Naloxone - a medicine used to reverse opioid overdose.

They had had a slew of enquiries since news of the weekend's overdoses broke.

"We've got 20 outlets around the country and quite a few of those outlets are in those more provincial areas," she said.

"We're a licensed drug checker, so we've got all the capability to actually do this and to have these facilities available but we just don't have any funding to actually make that happen."

Drug Foundation executive director Sarah Helm said these overdoses could have been avoided if New Zealand's 1975 drug laws had been updated.

She said the laws were based on the American system, which clearly was not working.

"One of the reasons we have this situation at all is because people are purchasing drugs on a black market, they are criminalised ... ," she said.

"We need to update our drug laws so we can use a health-based approach."

Deputy Prime Minister Grant Robertson said he was not aware of any concerns about the availability and supply of Naloxone.

Concern about possibility of more overdoses

Fentanyl arriving in New Zealand has been a case of 'when' rather than 'if', Drug Detection Agency chief operating officer Glenn Dobson told Checkpoint.

He said in its pure form a couple of grains was enough to kill someone.

There was a real concern there could be more fentanyl-related overdoses as it was unclear how widespread the drug might be.

Dobson believed it would be unusual for it to be found in only one region of the country.

Asked how supplies would have reached Aotearoa, he said: "There's illegitimate labs in China and Mexico that produce it. DEA intel suggests India is another country emerging with illicit labs. From there generally the drugs will come through Canada, the US or Mexico, and make their way down to Australasia."

He reminded people that abstinence was the best safety mechanism.