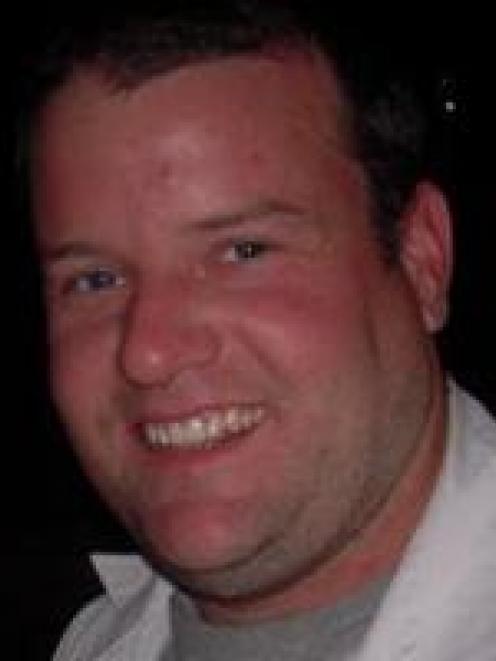 A member of the public found 33-year-old Mr Cossey, who had been missing since December 5, in near Castle Rock, Port Hills yesterday at about 2pm.

Last night, police would not confirm the identity of the body but Mr Cossey's brother Leigh took to social media to confirm it was him.

"Well I'm afraid I have some bad news. Hayden Cossey was found today by a tramper in the port hills," he wrote on Facebook.

"I don't know much else but I know I'm going to miss him. I love you little bro. Taken too early. See you in another lifetime. Miss you already. Thank you for everyone who has supported us in this hard time."

The death has been referred to the coroner who will determine the cause of death.

Mr Cossey's family is being supported by police and victim support.

A police spokeswoman said Canterbury Police Search and Rescue and members from Alpine Cliff Rescue recovered the body about 8.30pm yesterday from a remote and technically difficult location in the hills.

Low cloud and bad weather prevented a helicopter being used.

Aucklander Mr Cossey had arrived in Christchurch on December 4 to work at Mercer Stainless.

On the morning of December 5, the qualified engineer and stock-car racing enthusiast had arrived at work in the morning but left after just 20 minutes left with authorisation.

He was seen on CCTV footage at Eastgate mall in Linwood about 1pm but wasn't seen again.

His brother Leigh and father Geoff came down from Auckland to help in the search.

They visited local shopping malls and handed out information leaflets, hoping for any clues to his out-of-character disappearance.

A large scale search on ground, water and from the air had been underway when a tramper came across his body yesterday.

Detective sergeant Al Lester said while police were making some additional enquiries on behalf of the coroner, there was nothing suspicious about the death.

"We are not looking for anyone else in relation to the fact that he has sadly passed on," he said.

Last week 65 volunteer and police search and rescuers scoured the suburbs of Linwood, Bexley, and Aranui, as well as red zone areas, to try and find Mr Cossey.

Mr Lester said the death had affected everyone, and paid tribute to Mr Cossey's "wonderful" family.

"Our hearts go out to them. The death of anyone who is young is an absolute tragedy," he said.

"As much as we have a job to do, you can't but help become involved because there is strong emotions around these types of situations.

"You always want to do your absolute best for the families of anyone who is missing. I always think if it was my child, what would I expect? That's the level of service we strive to deliver."

Mr Lester didn't think the death was any sadder because it came just before Christmas.

"It's always sad. There's a never a time when you want news like this."