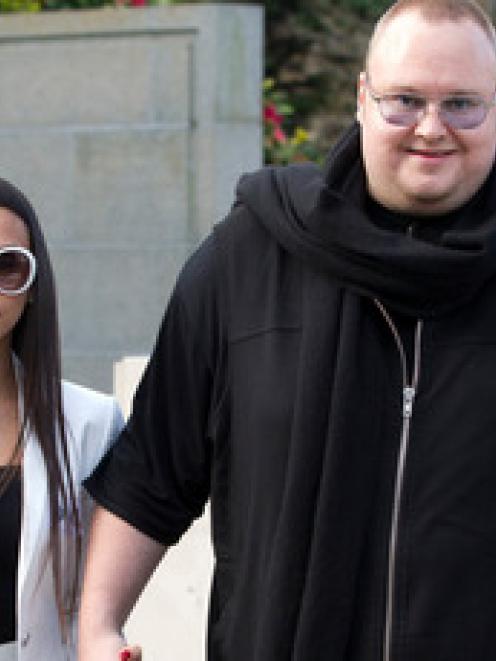 Kim Dotcom and his wife, Mona
Kim Dotcom has won the right to sue the Government for illegal spying.

A Court of Appeal judgement released today has ruled in favour of the internet mogul and will let him sue the Government Communications Security Bureau (GCSB) alongside New Zealand Police.

A decision by Chief High Court judge Justice Helen Winkelmann last year to allow the GCSB be sued and to allow Dotcom to seek compensation from the Government agency, as well as the police, was challenged by the Attorney-General.

During the High Court case, it emerged that the GCSB had been illegally spying on Dotcom prior to the raid on his Coatesville mansion, on behalf of the FBI, who now wants the Megaupload millionaire extradited to face trial in the US over copyright infringements.

The Attorney-General challenged Justice Winkelmann's decision to order the GCSB to cough up documents that outlined the extent of their spying.

It also challenged the decision to bring the GCSB into court proceedings as a party, as well as saying it was inappropriate for compensation claims to be added to a judicial review.

Now, the Court of Appeal has ruled that the GCSB will be added to the case, and allowed the compensation claim to be heard during the April hearing.

While the appeal judges emphasised the importance of keeping judicial review proceedings "simple and prompt", and that it was "not usually appropriate" for reviews to include compensation claims, there was no absolute rule.

But the Attorney-General did win its appeal against the High Court decision for the GCSB to hand over all of its spying evidence against Dotcom and his Megaupload associate van der Kolk.

The Court of Appeal ruled that Crown lawyers only had to pass over information that was relevant to the case to Dotcom and his legal representatives.

A final comment urges both parties to cooperate so that the issues before the High Court are "determined as expeditiously as possible".

No award of costs were made which the judges said "reflects the fact that each party has had a measure of success in this court".

Last week, the Court of Appeal quashed a decision to force the United States Government into handing over its evidence against Dotcom in its internet piracy case.