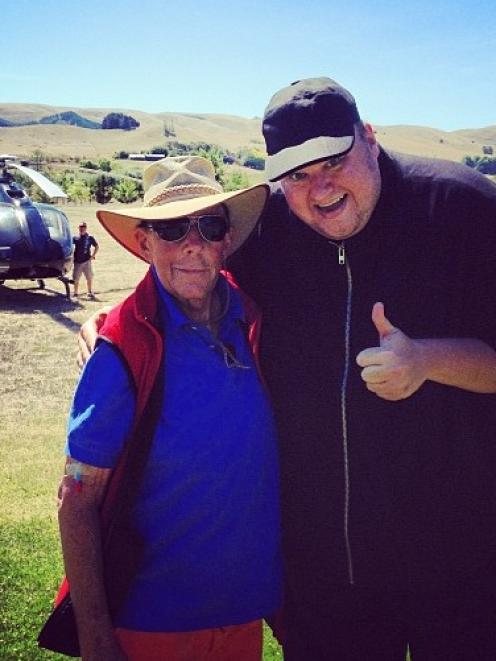 Dotcom tweeted a photo of himself posing with Sir Paul with the chopper in the background, accompanied by the words "almost died to meet the knight".

The image attracted more than 150 likes and several comments, including one from someone who didn't know what a knight was.

The helicopter landed on a forestry road after the pilot identified a problem with the fuel gauge.

Dotcom tweeted about his predicament throughout the afternoon.

His first tweet invited followers to see the Mega chopper at the New Zealand airshow. He also posted a picture of him smiling in the flying chopper.

Shortly afterwards, however Dotcom wrote about an emergency landing.

"No kidding. Emergency landing in the middle of nowhere. #BumpyRide :-/.

"Pilot trying to identify the fault. I have 1 bar of reception. Start rationing water."

He said the fuel had dropped to zero and a rotor warning was given.

The pilot found a disconnected wire and was able to get the fuel gauge working again, Dotcom wrote.

After a test flight, the group continued their flight, about 2.45pm, he said.

He posted a picture of the pilot and wrote "Hero!!!"

Sir Paul - who has survived a fatal chopper crash - is at his Hawke's Bay lodge after spending time in hospital last week.

His wife Lady Deborah and his brother Ken Holmes said in a statement that members of the veteran broadcaster's family remained by his side.

They requested privacy so they could "focus their energy" on supporting him.

Sir Paul was knighted at his home earlier this month in a ceremony brought forward at his family's request because of his failing health. 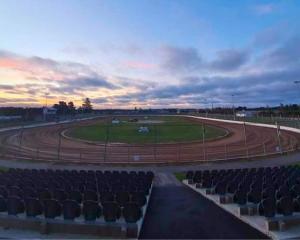 One killed in Ruapuna Speedway crash