The singer spoke to Kiwi radio hosts Jono Pryor and Ben Boyce on The Hits ahead of the release of his new single Bad Habits, dropping today - and he revealed just how much of a fan he is of our PM.

The hosts told Sheeran they'd spoken to Ardern earlier in the day, who wanted to know if he remembered the time she baked him cheese scones.

"See whether or not he remembers the scones - I pride myself on my cheese scones," she said jokingly - but it turned out the pop star hadn't forgotten. 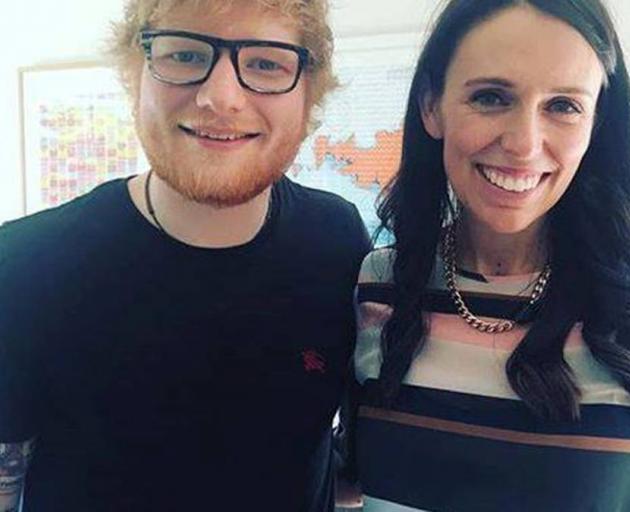 Ed Sheeran gushed about Jacinda Ardern and New Zealand. Photo: Supplied
And when Pryor and Boyce offered to ask him if he would play at her wedding, Ardern laughed it off.

"I feel like the quarantine that may be attached to it may not make it worth his while. I'm sure without that he'd be keen ... I'm kidding. I definitely don't think there's any circumstances where he would ever want to play a wedding!"

But Sheeran had nothing but praise for her when he spoke to the radio hosts.

"You know what, I think that she is the best human being on earth. I know, like, politics is politics and people in New Zealand will have differences of opinion, but in England she is seen as just ... it. We love her. I love her," he gushed.

"I loved the scones. She gave me a wonderful book as well that she'd written."

He asked when her wedding would take place, but the date is still firmly under wraps. But he went on to say that he would jump at the chance to be there.

"Do you know what, I would make myself available if I was free, to play her wedding," Sheeran said.

"New Zealand should be really proud ... the whole world has looked at New Zealand and been like, these guys have got it right."

So if the PM still hasn't booked a wedding singer and envisions dancing the night away to Thinking Out Loud with Clarke Gayford, Sheeran is expecting her call.

The official release date for his new single Bad Habits is today, after he teased the song earlier this week exclusively on TikTok.