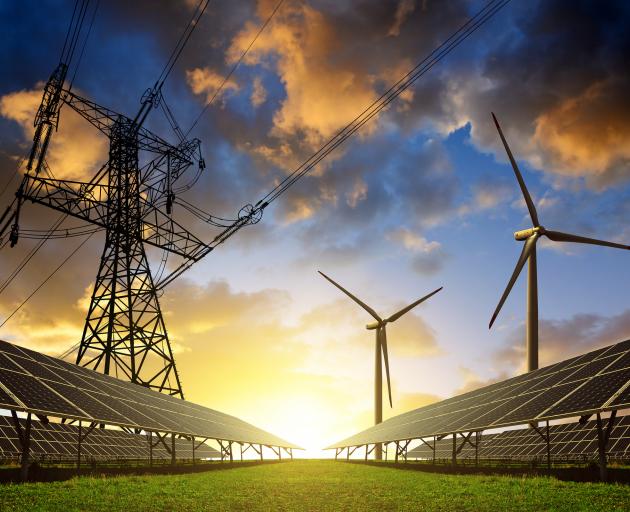 New Zealand's electricity sector is coming under scrutiny.PHOTO: GETTY IMAGES
Households are paying 79% more for their power than in 1990, but the Electricity Price Review says the industry is not making excessive profits, based on available evidence.

The Electricity Price Review released its first report for discussion on the state of the country's electricity sector.

The 79% rise is after adjusting for inflation. Since 2000, New Zealand's residential power prices have risen faster than in most OECD countries.

Among the major findings for households was that 103,000 nationwide spend more than 10% of their annual income on power, putting them in "energy hardship." The rest spend about 3%.

Households could pay different prices, depending on whether they shopped around or missed prompt payment discounts of up to 26% if they did not pay on time.

Households did not always have an easy time comparing prices and contracts, and needed more say in matters affecting their power bills.

The review found although households were paying substantially more for their power, commercial businesses were paying 24% less and industrial users were paying 18% more.

Access to affordable power was a basic consumer right, but the electricity system was not delivering.

The rapid rise in residential prices had had a major impact on low-income consumers, she said.

"While the number of electricity retailers had increased, households finding it difficult to meet costs often had limited choice of retailer."

They also paid more because they missed out on prompt payment discounts or were forced to change to a prepay meter, Ms Wilson said.

Consumers on prepay paid for power in advance and incurred fees each time they topped up.

The price review's final report in May next year needed to recommend changes to ensure consumers could get power at a fair price, she said.

Energy and Resources Minister Megan Woods said the report was a clear indication the market was not working for everyone.

New Zealanders deserved affordable electricity, but too many households were struggling to pay their bills.

The next step in the process was a conversation with the public about remedies.

For residential customers, it appeared a two-tier retail market was developing, she said.

People who actively shopped around enjoyed the benefits of competition. Those who did not were stuck with higher prices.

The review found some households struggled to understand the various plans and how to choose the one best for them.

The review found a major driver in the disparity between residential and business prices was a shift in distribution costs from business customers to households, alongside rising generation and retail costs.

"The report also highlights the major changes facing the sector in coming years thanks to changing technology. Our electricity market needs to be agile enough to adapt to the challenges technologies like EVs, solar panels and other forms of distributed generation will pose to affordability," Dr Woods said.

It was clear if the changes were not managed well, the costs would fall on those least able to afford them, she said.

The report found the industry delivered a consistent, high-quality of electricity. It generated 80% of power from renewable sources, but faced challenges converting the remaining 20%.

There could be a more effective wholesale market and there was a need to supply more power to cope with a projected surge in electric vehicles as businesses moved away from fossil fuels.

The review found solar panel and battery advances would allow residential and commercial consumers to become generators on a wider scale.

Such advances would have ramifications for distributors and retailers in particular.

Lower-income households might bear an unfair share of the cost of the advances if price structures stayed as they were. It could be better if prices varied according to time of consumption.

"The economy will move increasingly away from fossil fuels to electricity for power, so more investment in the sector will be needed. Prices won't necessarily go up much, if at all.

"There may be better ways to help low-income households than the low fixed charge tariff regulations. Industry, regulators and government need to work more closely together to help households in energy hardship."

Submissions on the report closed on October 23. The final report was expected to be delivered to Dr Woods in May next year.