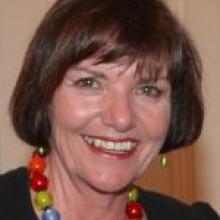 Anne Tolley
The Ministry of Education has started contacting the boards of trustees of every primary and intermediate school in the country to find out their stance on National Standards.

The calls, which are being made to the chairmen of 2018 boards, follow a renewed backlash against National Standards in which 225 schools refused to set 2011 pupil achievement targets until the system was reviewed.

By last night, that number had risen to 240, with a spokesman for the protesting boards saying he expected it to double in coming weeks as protest against the standards increased.

Education Minister Anne Tolley has also upped her ante, stepping in yesterday and sending letters to the chairman of every board in the country saying there had been some "public argument" about the standards that "may have made your job more difficult".

"Given some of the comments being made about National Standards, I believe it is timely to clarify the Government's position," she said in the letter, which explains why the standards are being introduced and what measures are in place to help with the process.

She reminds boards it is their responsibility to ensure schools comply with National Standards and says she is keen to hear any feedback on them.

However, the minister's letter and calls from the ministry appear to have done little to change the protesting boards' and schools' minds.

Boards Taking Action Coalition spokesman Perry Rush said he had received calls yesterday from board chairmen concerned about the ministry's tone of questioning.

An Auckland Primary Principals' Association email was sent out later in the day urging principals to reassure their boards they weren't doing anything illegal and the "bullying tactics" would not work.

Mr Rush said the minister's letter covered the measures she had already taken to try to build assurances about the National Standards policy. But it didn't go any further.

"She doesn't address any of the fundamental concerns that have been raised," he said.

Mr Rush, who is principal at Island Bay School in Wellington and on its board, said he had received hundreds of emails from other schools pledging their support in coming weeks.

"It's going to get much more confrontational before it gets any better. I hope the minister will show some leadership soon."

Ms Tolley's spokesman had no further comment about the letters, which were self-explanatory.

A ministry spokesman confirmed all board chairmen were being called but would not say what would happen once the information had been gathered.

He also confirmed the ministry had a flow chart for staff explaining what to do when schools were not implementing National Standards.

The final step in the chart is replacing boards with a commissioner, but the spokesman said he did not think that had happened at any school yet.