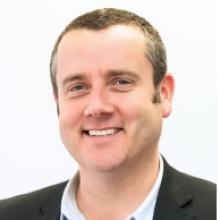 Rhys West
Dispute resolution providers FairWay have hit back at allegations by lawyers that the ACC review system lacks independence.

FairWay is contracted by the Accident Compensation Corporation to carry out reviews of disputed decisions regarding injury cover.

They cover about 6000 cases a year, involving millions of dollars of health care.

As part of that contract, ACC sets key performance indicators (KPIs) for FairWay and provides feedback on individual reviews - processes questioned by lawyers working in this area.

"FairWay reviewers are neither encouraged nor incentivised to be anything other than fully independent," Mr West said this week.

"Any allegation that calls this into question constitutes a serious attack on the integrity and professionalism of those reviewers.

"The most recent allegations are entirely without substance."

None of the contract KPIs concerned decision outcomes, and it would be "entirely improper" if they did, Mr West said.

Monthly meetings between ACC and FairWay were to improve service by both parties, he said.

"Information received at these meetings is not used to influence review outcomes, and it is not shared with reviewers."

"If FairWay is so confident then it should have no problem opening up its books and proving it," Mr Forster said.

He said FairWay should disclose all documents relating to its relationship with ACC, itself and its reviewers.