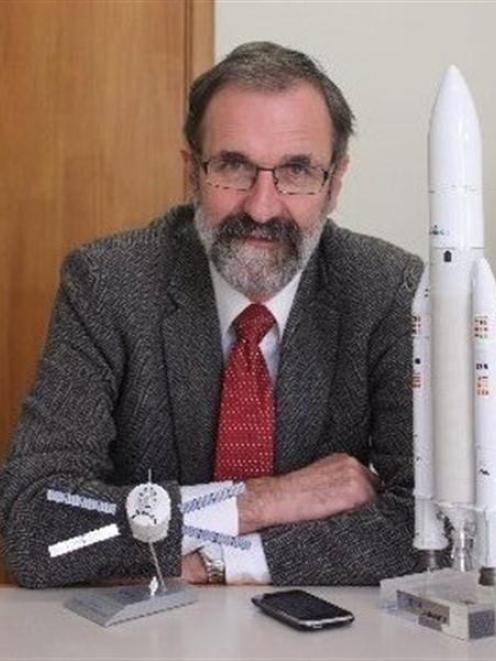 Venture Southland enterprise projects manager Robin McNeill.
When Robin McNeill approached an Awarua farmer about leasing a corner of a paddock for a space-tracking station, the farmer was ''incredulous''.

''He wanted to know if the rockets would be launched from the front of his milking shed or the back,'' Mr McNeill, Venture Southland's enterprise projects manager, said.

The deal was done after Mr McNeill explained there would be no rockets.

Venture Southland is a joint committee of three Southland local authorities. It looks after tourism and economic development activities.

The European Space Agency (ESA) identified Awarua as a potential location for a tracking station about 10 years ago, Mr McNeill said.

''It was in everyone else's too-hard basket, but we said 'yes, not a problem, we can make that happen','' Mr McNeill said.

It took two years to find a suitable site and carry out testing to make sure the site was ''radio quiet'' - without radio interference.

Mr McNeill, who has an extensive background in telecommunications, including building systems for Scott Base in the Antarctic and for the New Zealand territory of Tokelau, did the testing himself using an antenna made from ''old baked bean cans''.

The ESA spent about $NZ500,000 on the station building and site developments, and gave it all to Venture Southland after the station's official opening in early 2008.

So far the station has been used to track three automated transfer vehicle launches. Next week's will be the fourth and one more is planned after that.

Mr McNeill said he was talking to various space agencies about their using the station once the ESA's programme finished.

''It is a competitive scientific environment, but we have had some quite promising discussions.''