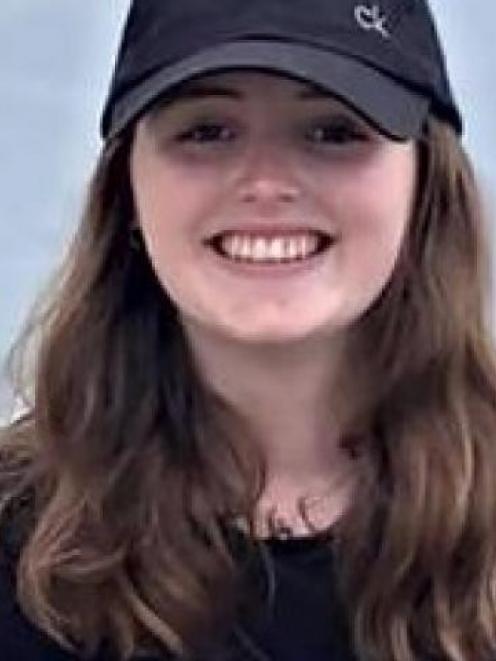 Grace Millane.
Friends of Grace Millane told police the British backpacker had an interest in being choked during rough sex, a court has heard.

The evidence has been read to the jury in the trial of the man accused of murdering Ms Millane after a Tinder date last December.

The defence opened its case this morning, and confirmed the accused would not take the witness stand.

This afternoon, the police statement of Ms Millane's friend, whose identity is permanently suppressed, was read to the court by Claire Farquhar, one of the accused's defence lawyers.

In it, the woman said she and Ms Millane often confided in one another, gossiping and having "very girly conversations".

"This was another point of conversation for us in our girl talk; what he liked, what we didn't; all those things. Grace told me that she enjoyed her partner to put his hands around her neck."

The woman said she could not recall the exact wording, but they often joked when talking about rough sex and never went into much detail.

The woman said if Ms Millane spoke of a new sexual partner she would discuss more details with her.

"Grace might mention the rougher sex if it happened. She might say to me that either it was rougher or it was very charged or something."

He said they discussed how he could safely apply pressure to her neck and used safe words and a three-tap process by which she could indicate she wanted him to stop.

It's the Crown's case the accused strangled Ms Millane to death while the defence says her death was accidental after the man applied pressure to her neck with her consent and encouragement.

This morning defence lawyer Ron Mansfield told the jury Ms Millane's sexual interests were pertinent to their job in deciding whether his client was guilty or not.

He impressed on the court that the evidence they would hear in regards to this was not intended to harm her or her family's reputation.

"The evidence you have heard is that Ms Millane was a loving, bright, engaged, intelligent and well-liked young woman - and she was. That is her reputation. That should be her reputation; at the start of this trial and at the conclusion of it."

Police inquiries found the young woman last accessed her Whiplr account at the Base Backpackers in Auckland on the afternoon of 1 December, the day she met the accused.

The man's trial before Justice Moore and a jury in the High Court at Auckland is set down for the month.

Dr Fintan Garavan gave evidence via video link from Miami in the United States this afternoon.

He is forensic pathologist and expert in the effect of drugs and alcohol on the body.

Brookie first asked the doctor about the bruising found on Millane's body.

"It's a bruise, [but] it doesn't tell me what caused it necessarily," Garavan commented on a bruise on Millane's neck.

He also said there were no signs of any defensive injuries on Millane's body.

"The fingernails are not particularly helpful," he said.

Garavan further explained - as had been evident in fatal hanging cases - that a "sharp force applied around the neck" in the right place can "stop the heart very quickly".

Millane's alcohol intake, he continued, could "very well have been a secondary factor in the cause of death".

The backpacker had several drinks on the night she died, inlcuding shots of tequila and cocktails, which Garavan said was "a significant amount of alcohol to ingest over a short amount of time".

He likened Millane's alcohol comsumption as an "iceberg that's making its way for the shipping lane".

He said it was "very likely [it] has became a very important indirect layer in causing death".