Grace Millane a 'beautiful person inside and out'

There are no shortage of tributes for Grace Millane - the murdered British backpacker who clearly loved life and was always smiling in photographs.

Today, churches across Essex, where Millane comes from, are reportedly saying prayers for the 22-year-old.

Millane embarked on a year-long OE last month and had been in New Zealand for less than a week when she shared her first image on Instagram, a picture of herself with two friends at the lighthouse at Cape Reinga. 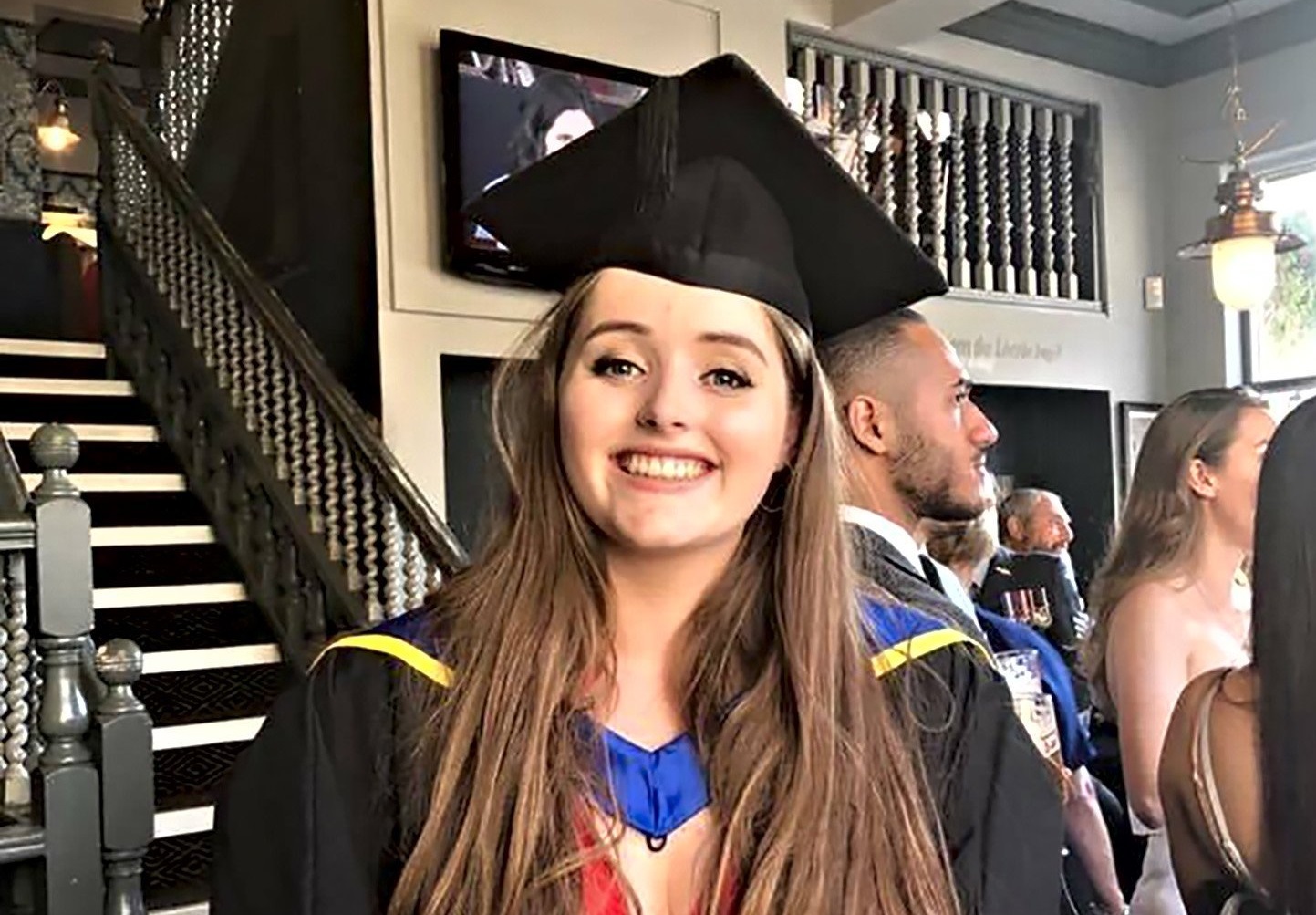 Yesterday, when her body was discovered dumped in bush in the Waitakere Ranges, that holiday snap became a place for those who knew her - and many who didn't - to post messages of condolence.

"Beautiful Grace you had big dreams - loved by many who knew you very well and many who didn't know you well but are all heartbroken too - we wanted the same outcome for you and your lovingly [sic] family."

The hashtag #herlightourlove is being used to remember Millane and last night was trending on Twitter in New Zealand.

Kiwi expats, people from the United Kingdom and further afield posted to social media with the hashtag.

Paige Phillips posted a photo from a Ferris wheel from an English town.

Women should be able to travel on their own, wherever they want, whenever they want, on their own terms. Nobody should take that away from them. Thinking of you tonight Grace 💙💛 #HerLightOurLove pic.twitter.com/sok54a6tCp— 🎄 paj 🎄 (@paigephillips97) 9 December 2018

The hockey club of the University of Lincoln, where Millane completed her studies in September, also posted a picture of her favourite spot in Lincoln.

BBC Essex is reporting churches in Wickford were saying prayers for Grace today.

Fellow University of Lincoln alumni Jennifer Ratcliffe also posted to social media saying she had come to New Zealand in a similar fashion to Grace, hoping to explore.

🌟♥️You are my sunshine, my only sunshine You make me happy when skies are gray You'll never know, dear, how much I love you Please don't take my sunshine away

"Clearly a lovely person who despite being safe, establishing friends and keeping in regular contact has been taken.

"My heart goes out to your family, I wish our paths could of crossed but mostly I wish this hadn't happened."

The official account of the UK university also made a public post saying the university community was "deeply saddened to hear the terrible news" and offered support to students and staff affected.

Another friend of Grace's, Liv Spooner, lamented posting the caption "fly high beautiful" with a photo of the pair.

Many other posts on social media described Millane as an incredible person who was always happy - and making others happy too.

"Such a beautiful person inside and out. Only known you a small amount of time but you never failed to put a smile on my face and make me laugh," said one friend.

New Zealanders have responded to the murder with shock. Many have expressed feelings of shame that something so awful has happened to a young woman who had only just begun her dream trip.

People across our University community are deeply saddened to hear the terrible news coming from New Zealand about Grace, one of our recent graduates. Our thoughts and sincere sympathies go to Grace’s friends and family.— Uni. of Lincoln UK (@unilincoln) 8 December 2018

"Our whole country is devastated over this, Grace you beautiful girl, on behalf of all of NZ we are so sorry you were taken."

Millane's family raised the alarm after not hearing from her last Sunday - her 22nd birthday.

Her father David, a millionaire property developer, flew to New Zealand early on Friday to plea for information about his daughter's whereabouts.

Fighting back tears, he spoke to media about the "lovely, outgoing, fun-loving, family-orientated daughter" who had been so looking forward to going to New Zealand and had "bombarded us with numerous photographs and messages of her adventures" since arriving.

Yesterday her brother Declan thanked New Zealanders for their thoughts and prayers.